A Tale of Two Kingdoms is a graphic adventure for Windows PCs and Linux that reminds me a lot of old classic Sierra adventures such as Kings Quest or Leisure Suit Larry. The game has an astonishing size of roughly 100 Megabytes which is a highly unusual size for freeware games and was developed in the flexible Adventure Game Studio.

While the story seems to unite every possible cliche of a typical fantasy setting such as a wrongful accusation of murder, a goblin invasion and an evil sorcerer, it still manages to keep the player interested by it's narrative and atmosphere. The game is the typical click and point adventure with conversations that offer multiple choices.

A left-click performs an action while a right-click cycles through them. The game itself is divided into eight chapters, several side plots, cutscenes, randomly placed items and a score system to keep everyone interested in getting the perfect score, even if that means to play again. This is another feature that it has taken right from Sierra's books of adventures it seems. 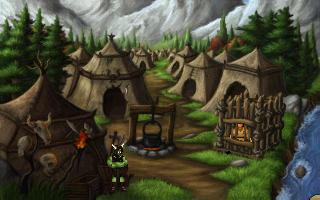 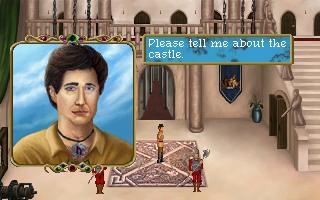 The first level is kind of an introduction to game mechanics with several easy puzzles and some talking that gets you additional background information so that you know what is going on. The player is rewarded with Honor and Wisdom points for solved puzzles and actions throughout the game which make up the score that he can achieve in it.

Every side quest should be played if you desire a 100% Wisdom and Honor score. What I like about the game is that it has five endings namely two bad ones, one evil ending, a good ending and a so called best ending depending on your choices in the game.

This adds a lot to the replay value of this great game.

Update: A Tale of Two Kingdoms can be downloaded for Windows and Linux from the developer website. There you also find the latest PC upgrade, trailers, wallpapers and the soundtrack player for download. Make sure you grab the update if the version that you have installed is not the latest one already.

The game is well made and designed, and if you like to play adventure games, then you will certainly enjoy your first play-through of A Tale of Two Kingdoms.