Microsoft Brazilian Beaches, also called Microsoft Praias do Brasil, is a theme collection that contains four themes for Windows XP. All four do change the general appearance of Windows XP including the background image which is displaying an image of a Brazilian beach with additional information attached to it.

The color scheme for menus is changed as well using bright colors that remind me of sand and sun. I personally do not like the background images that much but the color scheme itself is very eye friendly. Several icons are exchanged as well. The My Computer icon for instance has been changed into a sunshade.

I personally would do a search on Flickr for Brazilian beaches and find a more suitable image for the background and leave all other settings as they are. This would also get rid of the big Microsoft logo in the lower right corner of the desktop. If you like the new color scheme on the other hand you can still install one of the beaches themes on your computer and simply replace the wallpaper of the beach with another photo without a large logo on it.

Please click on one of the smaller pictures to see a full size version of it: 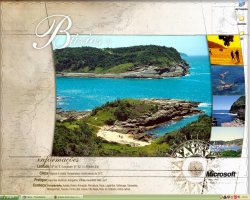 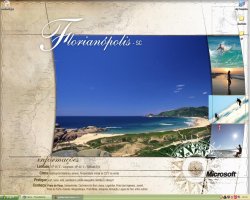 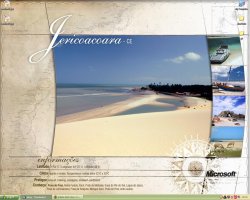 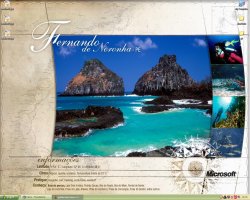 Update: Microsoft seems to have removed the download from the Microsoft Download Center. All that turns up when you try to open the Brazilian Beaches download page is a not found error message with no indication as to what has happened to the download.

We have however uploaded the latest version of the Windows XP theme to our own server from where you can download it. The Brazilian Beaches Theme for Windows XP download has a size of about 4 Megabytes and should be compatible with all recent versions of the operating system.