Many gamers think that the Dreamcast was the best gaming system of the last generation. It featured many unique games that never made an appearance on other systems. I sold my Dreamcast a while ago but still have a few games here that I did not sell with the system.

Games like Samba de Amigo or the incredible Soul Calibur made a big impact on the gaming community and have received high ratings all over the board. Yesterday NullDC was released which is a Dreamcast emulator for PC. It is supposed to be the emulator with the most playable titles running Dreamcast games at full speed.

You do need backups of your Dreamcast games because the GD Rom format is not readable by normal PC drives. Many games have been tested already and most should work without issues. This includes among others: House of the Dead 2, Sonic Adventure and Powerstone.

There is a big thread at the NullDC forum where users post their experience with the emulator and talk about games that work / don't work. 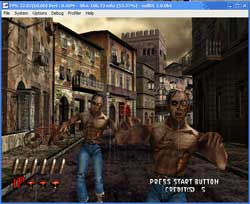 Please remember that NullDC is currently in beta stage which means that support for games that fail at this moment mayÂ  be added later on.

Update: The website the emulator was posted on is no longer available. The project however is still alive and has moved on to Google Code where the latest version of the emulator can be downloaded to the local system. Keep in mind that it is only compatible with the Windows operating system. The latest version of NullDC at the time of writing is 1.04 r136 which has been released in August 2011.