The free social music site Jamendo announced today that it has distributed more than one million downloads of albums that are freely available using BitTorrent technology.

Only albums that have been fully distributed have been counted or as they put it: "this figure is the minimum indicative number of the total of complete albums we have distributed so far".

This is a huge success for sites that believe that drm free music sites can and will succeed in the long run. Jamendo has an incredible download rate of more than 200000 albums every month and the figure increases with each passing month.

The most successful album on Jamendo has been downloaded more than 11000 times which is a huge success for the artist and all other artists as it highlights that the distribution system works and that it can reach a large audience.

Users can listen to and download more than 2800 albums at Jamendo using streams and the bittorrent network. 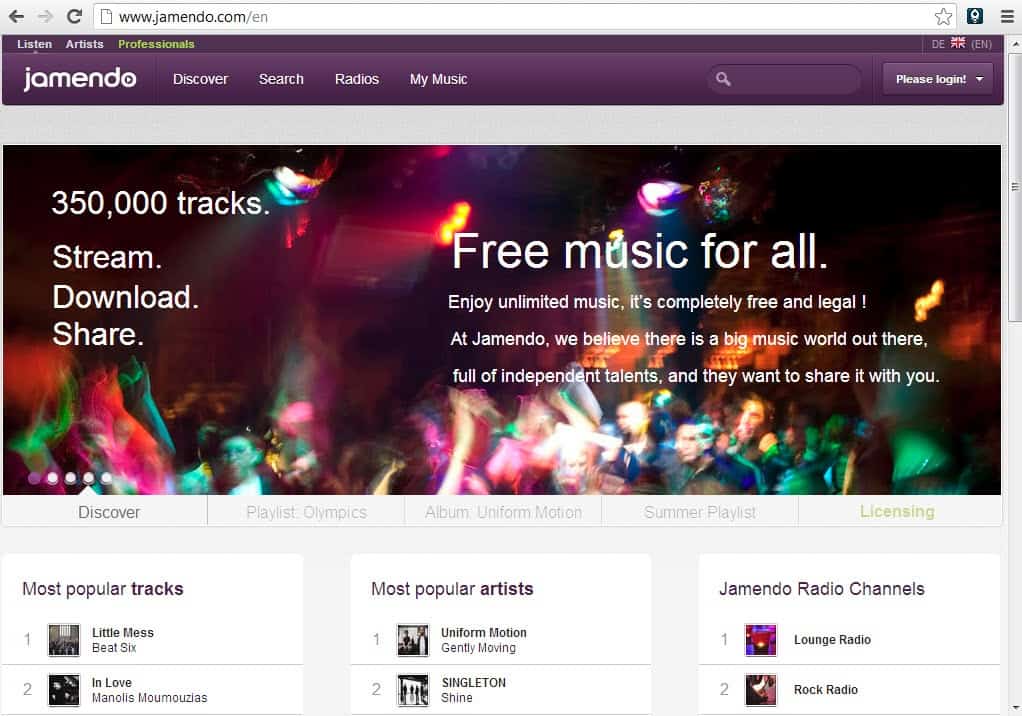 If you are looking for free music you should definitely visit Jamendo and start listening to some of the tracks suggested there. Below is a short sample of my favorite songs that can be listened to and downloaded at Jamendo. (I'm into Electronica at the moment)

While the downloads pale in comparison to major commercial offerings, one has to consider that commercial audio albums and platforms have the backing of multi-billion Dollar companies. Jamendo's offering increases each month, and the service will certainly become more popular in the coming years.

Update: Jamendo launched a new version of the website recently that is listing the most popular tracks, artists and channels on the front page instead of albums. The radio channels are sorted by genre, and you can simply click on a channel like HipHop Radio or Electronic Radio to start listening on Jamendo right away.

What I particularly like about that is that you always get a download and share link for each song that is played on the radio station you are listening to. A click on download opens the download option on the screen - the music continues playing - so that you can download it for free and legally for personal use to your system.

Downloads are now available via BitTorrent and direct downloads from the Jamendo website.