Megaupload, one of the world's top file sharing and storage sites, has been taken down on request of US authorities on Thursday. Arrests have been made in various countries and assets as well as the service's websites and servers have been seized.

No files were accessible anymore on the servers after the takedown, which had serious consequences for users who used the file hosting site for just that: to host their own files.

Users looking for a Megaupload alternative can check out our quick overview of file hosting services.

The Megaupload fallout has not ended yet though, as some file sharing sites have begun to change their business model, likely to avoid the fate of the service.

When you visit Filesonic's website today you will notice an announcement on the frontpage that states: 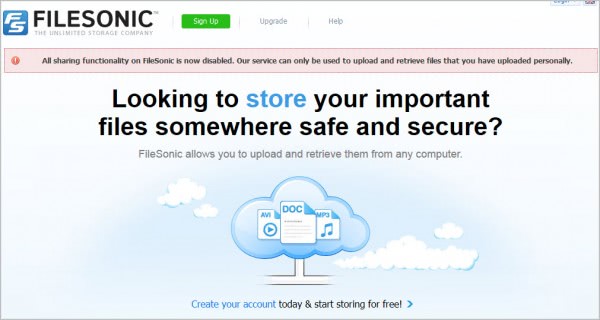 All sharing functionality on Filesonic is now disabled. Our service can only be used to upload and retrieve files that you have uploaded personally 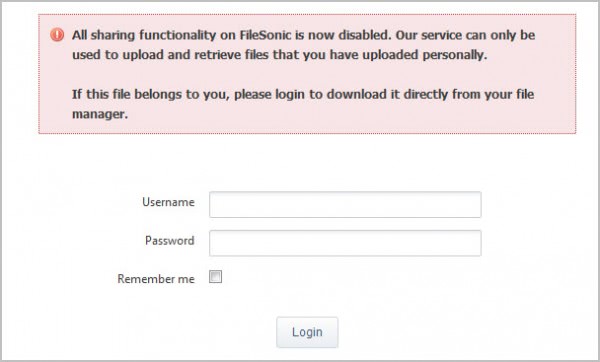 All sharing functionality on FileSonic is now disabled. Our service can only be used to upload and retrieve files that you have uploaded personally.

If this file belongs to you, please login to download it directly from your file manager.

Both file sharing companies are registered outside the United States. FileSonic operates from the Netherlands while Uploaded from Hong Kong.

Neither FileSonic nor Uploaded have released statements about the changes yet. There is no certainty that Megaupload's takedown had anything to do with the decision but the proximity of events would suggest it did.

What's going to happen next? It is likely that FileSonic will lose a good chunk of their traffic in the coming weeks. Users will move on and use other file sharing services to share files. It needs to be point out that this does not necessarily mean illegal activities. File sharing sites are ideal to share small to medium sized files with friends and family as well.

Users who have personal files on file sharing sites should consider making a backup of those files just in case. Services like Dropbox allow you to store files in the cloud, along with synchronization options and sharing.

Update: It appears that Fileserve has started to make changes as well. The file hosts affiliate program page is no longer accessible on the site, and according to Neowin, users are reporting that their accounts have been terminated. The message they receive when they log in states the following:

Update 2: File sharing service Uploadbox has announced that they will be shutting down servers. All files that they host will be deleted on January 30th.