Apple has added support for digital narration to its Books app. Users will be able to listen to their favorite books using the new text-to-speech (TTS) feature. 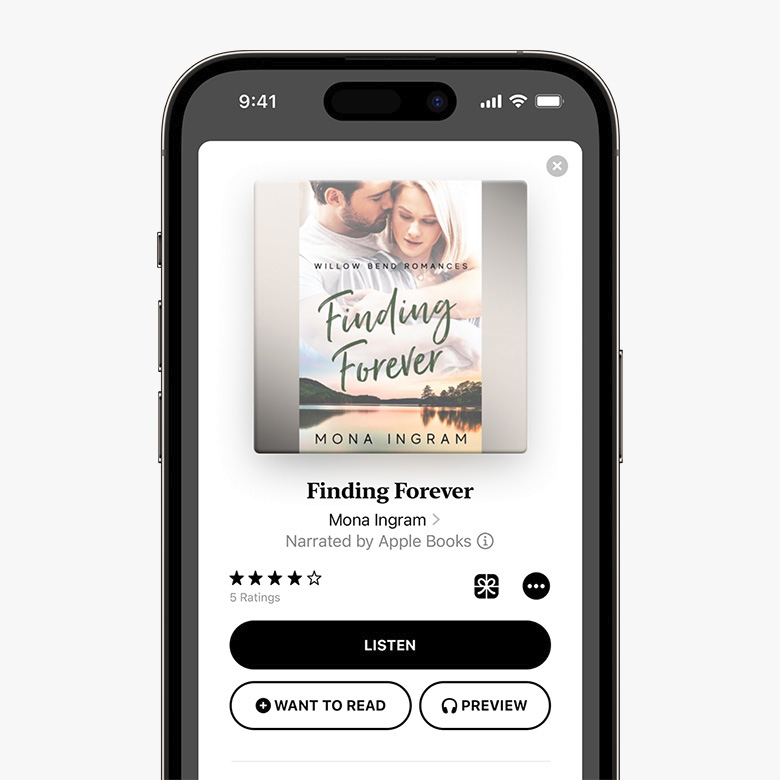 A support page on the Cupertino company's website explains how authors can use Apple Books for audiobooks. It states that digital narration of books will help independent authors and small publishers to create audiobook versions of their creation more easily. What Apple is trying to say here is that its option is cheaper than recording a proper audiobook that is narrated by a professional voice actor. While that may be true, I think an audiobook's popularity not only relies on the content, but also on the voice and skill of the actor.

Authors who are interested in transforming their work into a digitally narrated audiobook will need to sign up with an Apple preferred partner, and pay for the service. There are a few restrictions here, the service only supports books that are written in English. The text-to-speech feature supports 2 primary genre; romance and fiction, and some sub categories for the two. Once the book goes live on Apple Books, the author will receive royalties from sales.

It's a little odd that it took Apple so long to bring digital narration, considering that many services have supported it for a long time. Amazon even has a premium audiobook service called Audible. So, why did Apple decide to introduce it now? The audiobook industry saw a massive jump last year, it grew by 25%, which resulted in an influx of over $1.5 Billion. That's not all, experts predict that audiobooks could bring in $33.5 Billion in revenue this year. Apple clearly wants a piece of that pie, it's a business move. Apple Books uses an advanced speech synthesis technology which it says was developed by linguists, quality control specialists, and audio engineers. It also says that the new feature can produce high-quality audiobooks from an ebook file. Does this mean that the audiobooks are generated by AI? According to Apple's partner sites, yes. But the services also support human narration, for a price. The support page which I mentioned earlier has demos for 4 voices, to be more specific, a male voice and a female voice for each of the 2 genres, you can listen to the sample books here. Authors will be able to select the voice that they think best suits their audiobook.

According to Gizmodo and The Guardian, Apple had been planning to roll out digital narration for audiobooks in mid-November, but had delayed it due to issues at Meta and Twitter taking the focus of media outlets. I'm not sure whether this makes sense, why did they wait to get the attention of users, and then release it quietly?

Narrators are a very useful accessibility tool for those who rely on text-to-speech. But, creating a digitally narrated book will, in my opinion, ruin the experience for the listener. Apple's announcement has already drawn flak from publishers, who say that listeners prefer an authentic human voice. I agree with this, as a fan of real audiobooks, I don't really like generic tools for narration, as the result may sound monotonous, robotic, and sometimes results in deadpan voice-overs. AI can't add dramatic pauses, add a touch of humor, or highlight the emotion of dramatic or heroic context.  Have you ever tried AI voices to read text aloud, most of them are fine for casual use, but would be terrible for reading an entire book. And then there is the fact that authors may have to deal with publishers who may opt to use Apple Books digital narration, that could be a problem too.

As for users, you can browse the selection in the Apple Books app. Audiobooks that are digitally narrated are marked with a label that says,"Narrated by Apple Books”. Click on the Preview button to listen to a sample for free, before you decide to buy the book.