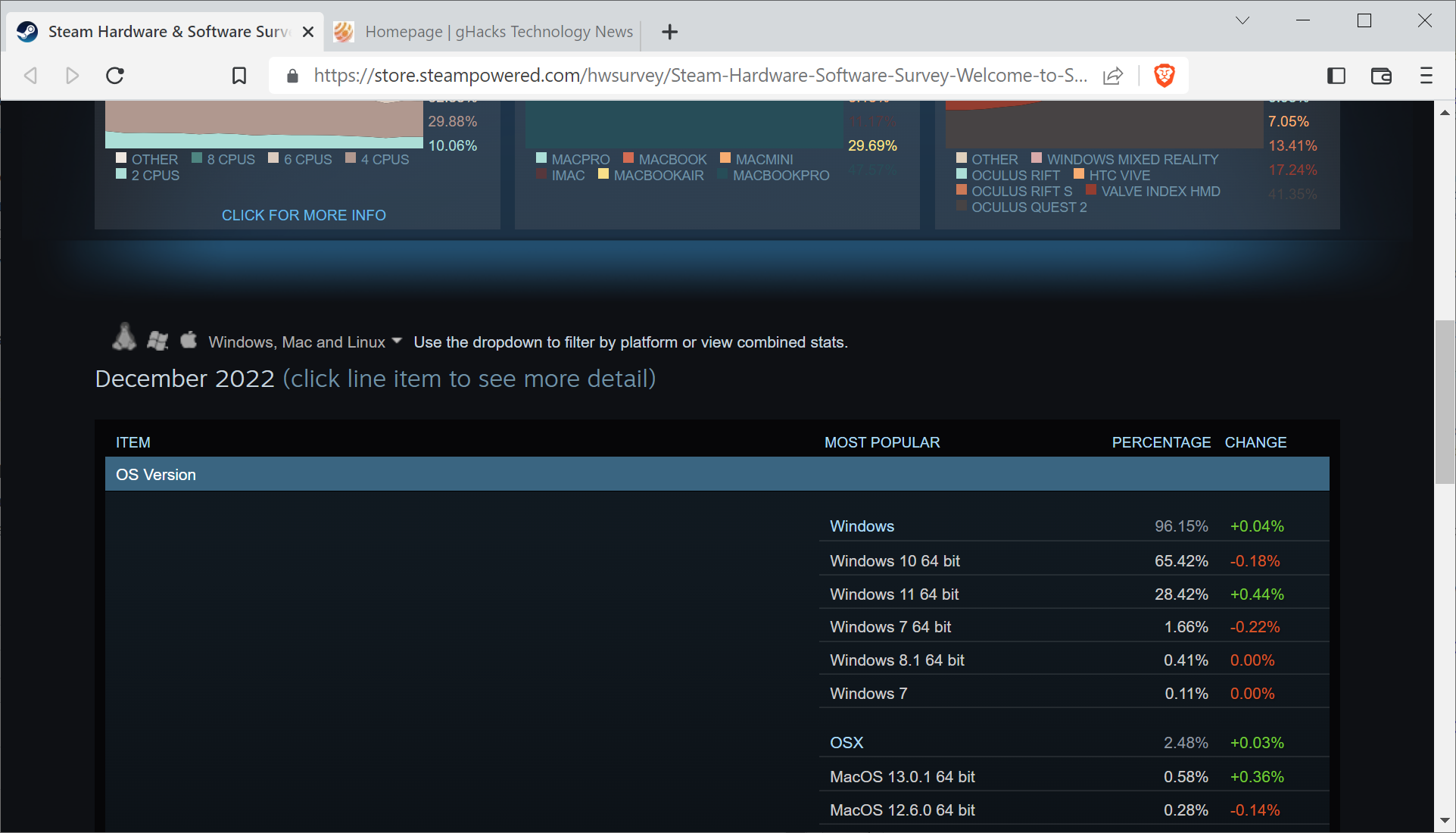 The release of the first stable version or the first official feature update did not give it a catapult start or boost, however. When you look at Statcounter's numbers for the desktop Windows operating system market share worldwide, you will see that Windows 11 gained 0.84% compared to November 2022. Windows 10, the dominating Windows operating system, lost 1.8% in December 2022. It is still on more than 67% of all Windows devices. Windows 11's has a share of less than 17% according to Statcounter, just 6% more than Windows 7, which is being retired this month.

Both services provide a snapshot of part of the Windows population. Statcounter tracks hits on a large number of Internet sites, and Steam only gamer systems. Gamers have a tendency towards better hardware, as games can be demanding. New PCs do come with new versions of Windows often, and that may explain why Windows 11 is doing better on Steam than on other stats tracking services.

As far as predictions for 2023 are concerned; Windows 11 will continue its slow rise throughout the year. It will benefit from Windows 7's and 8.1's end of support in January 2023, but that won't be enough to close the gap to Windows 10 significantly.

On Statcounter, Windows 11 will likely break the 20%, maybe even the 25% mark at the end of 2023. On Steam, it may reach 35% but there is little doubt that Windows 10 will remain the dominating version of Windows in 2023. Even Windows 7 will continue to play a role in the statistics in 2023.

It will be interesting to see whether Windows 11 manages to surpass Windows 10 as the most popular Windows version by 2025. Windows 10 reaches end of support at the end of that year.

Now You: what are your predictions for Windows 11?