Yesterday we took a look at some comparative benchmarking tests on identical PCs with one running Windows 10 and the other running Windows 11. The results showed that there was not a significant performance upgrade attached to the newer operating system. Today, we are reporting on some more bad news for Windows 11, this time relating to gaming, although in the context of the results from yesterday’s benchmarking, it might not come as too much of a surprise. 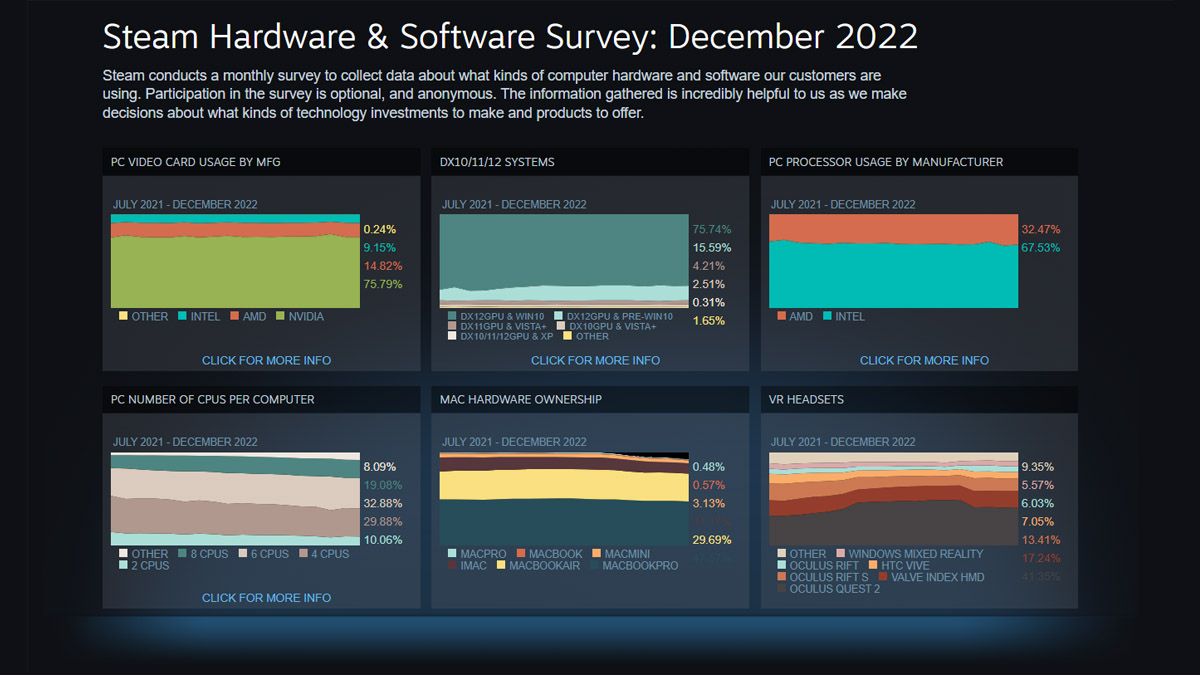 Windows 11 has failed to impress Steam users, according to the latest data from Valve's voluntary survey on the PC configurations of its customers. However, in fairness to Microsoft’s newest flagship operating system, the survey, which helps developers optimize their games and make informed decisions on technology investments, is optional and therefore does not represent all Steam users.

There are still Steam users gaming on older Windows operating systems too. Windows 7 64-bit, which is the third most popular Windows version on Steam, also saw a decline, with a market share of 1.66%, a decrease of 0.22%. Windows 8 64-bit and Windows 7 32-bit had market shares of 0.41% and 0.11% respectively.

It is clear that while Windows 11 may be seeing some growth in terms of market share, it is not impressing Steam users as much as its predecessor, Windows 10. This is reflected in the fact that Windows 10 remains the most dominant operating system on the platform, despite experiencing a slight decline, maintaining market domination numbers similar to those enjoyed by Google Chrome in the web browser market.

It will be interesting to see how Windows 11 performs in future surveys and whether it is able to close the gap on Windows 10. Until then, it seems that Steam users are sticking with what they know and trust, particularly when they are not likely to see any real type of improved performance if they make the switch to Windows 11.