Please note that the developers see the new version as a brand new program. It lacks some features of the old, but the old remains available. 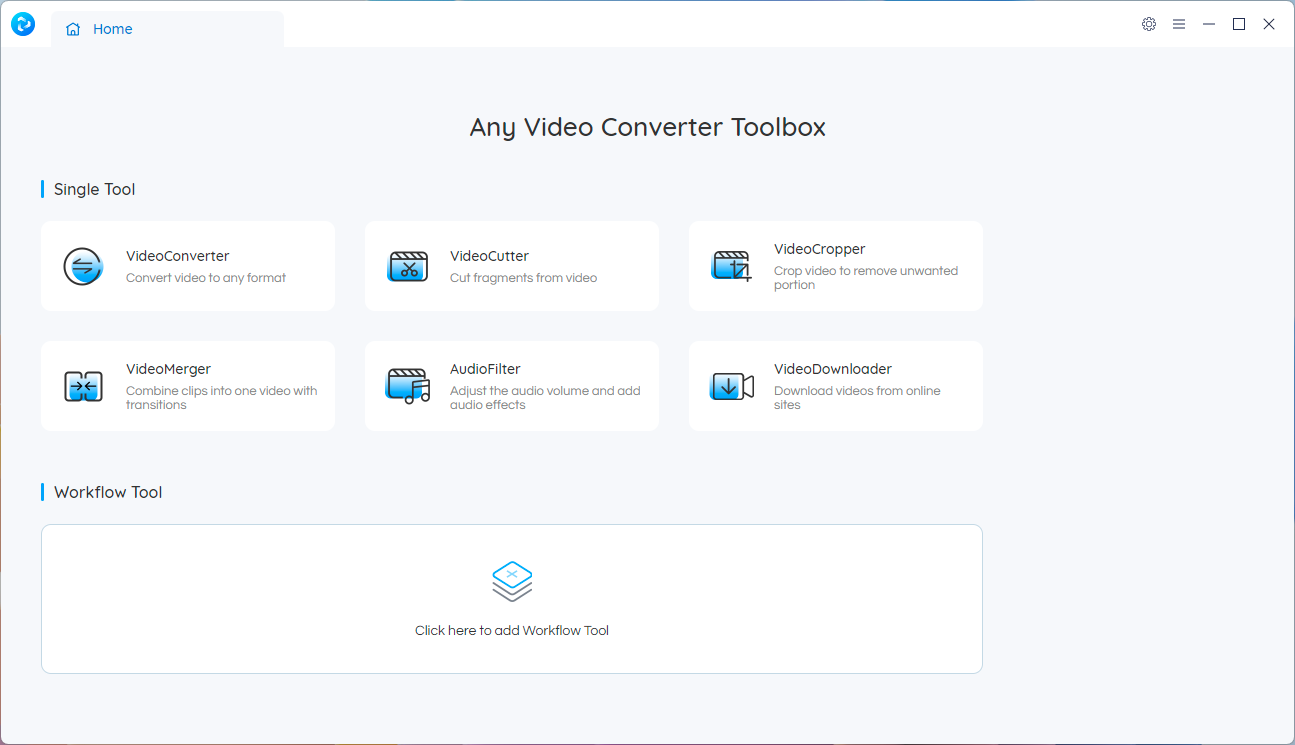 New and existing users of Any Video Converter Free may download the new version from the official developer website. Existing users find an option to check for updates in the main program window under Menu > Check for Updates.

Any Video Converter Free supports more than 100 different media formats that it can convert. 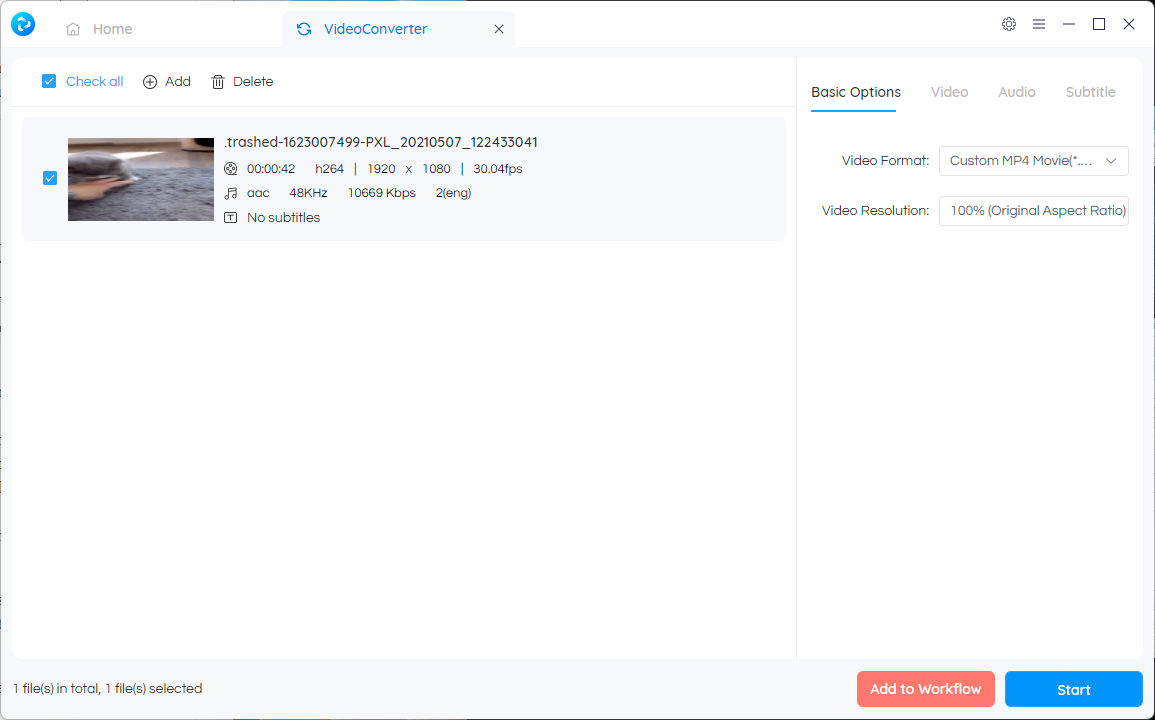 The developers have altered the interface of the application significantly; this is the major and only change in the new video converter version.

When it is run, Any Video Converter displays a list of single tools at the top and an option to create a workflow at the bottom. The following single tools are provided:

Workflow enables users to combine these single tools so that they are executed in the selected order. All tools, with the exception of the video downloader, may be added to workflows.

You could convert videos, then merge them, or merge videos before making audio changes to them.

Any Video Converter Free users who have used previous versions off the application may notice that some features are missing from it. Some capabilities, like anything that has to do with ripping media from discs or burning them to discs, appears to be missing in this release.

The developers note on Facebook that version 8.0.0 is a brand new version that is different from the previous version. The old version remains on the servers for the time being to make sure that users have the choice regarding the two versions.

Any Video Converter Free 8.0 is still a powerful program, but it lacks features of the previous version. It remains to be seen if these get readded by the developers in future updates.

For now, users who rely on disc functionality and some other features that are not supported in version 8.0 may want to keep on using the older version 7.1.6 instead.

Now You: which video converter do you use, if any?