The developers of the open source video converter Handbrake have released Handbrake 1.6 to the public. The new version is available 64-bit versions of Windows 10 and Windows 11, as well as for Mac and Linux devices.

Handbrake used to support older versions of the Windows operating system, but this changed with the release of Handbrake 1.5.1 in early 2022. 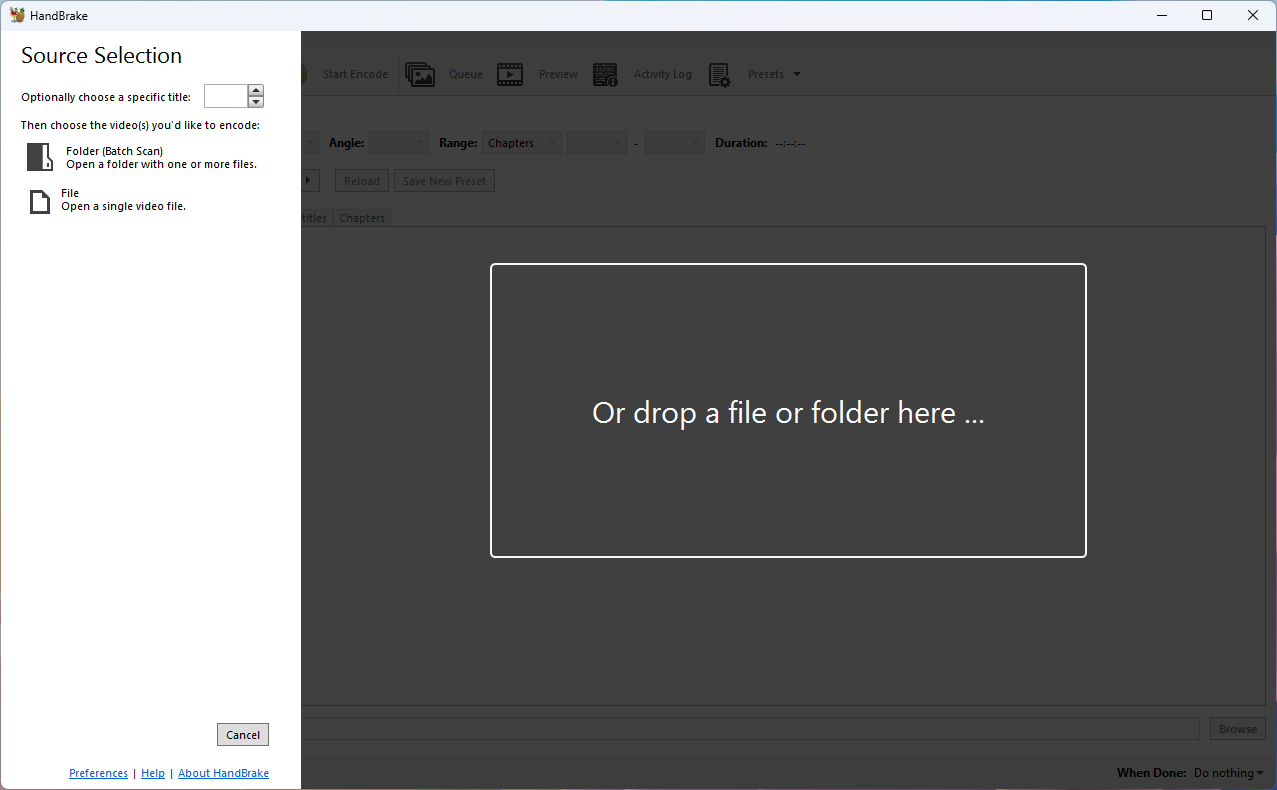 Handbrake 1.6 is a major new release that includes multiple improvements and changes. Noteworthy additions include support for new audio and video formats, revised presets for web publishing and filter updates.

Our first review of Handbrake dates back to 2007. Back then, I published a tutorial on converting DVDs with Handbrake. Handbrake 1.6 introduces support for AV1 video encoding.  Users of the program may now convert existing media to the format using custom settings or new presets that the developers added. New and updated presets are also available for HEVC and the Web, which now features Creator, Email and Social presets. Support for VP8 presets was removed in the build. The developers note that the VP8 video encoder is deprecated and that it will be removed in a future build. The Theora decoded is deprecated as well and will also be removed in future builds.

Several new video encoders and updates to existing video decoders have found their way into the release:

These changes add more capabilities to the video encoder. Support for levels 6, 6.1 and 6.2 for H.264 that extend resolution and frame rate limits support.  Level 6.2, for example, adds support for 8k resolution at 120 fps.

Several filters were updated or added in the release. You can check out the full list on the official GitHub repository, but most users of the application may not require information about individual library updates.

The Linux version has reached parity with the Mac and Windows graphical interfaces, and several quality of life improvements were added in the release. Mac and Windows changes are mostly bug fixes and translation improvements. Mac users may use Quick Look in the queue now, though.

Now You: do you use video converters? If so, which and why?

Previous Post: « Winamp 5.9 Final Released after years of development
Next Post: « Radio Garden: tune into local and remote radio stations in your browser