Apple may drop the WebKit requirement for web browsers on iOS

Apple is reportedly considering dropping the WebKit requirement for web browsers on iOS. This could bring proper browser apps on iPhones. 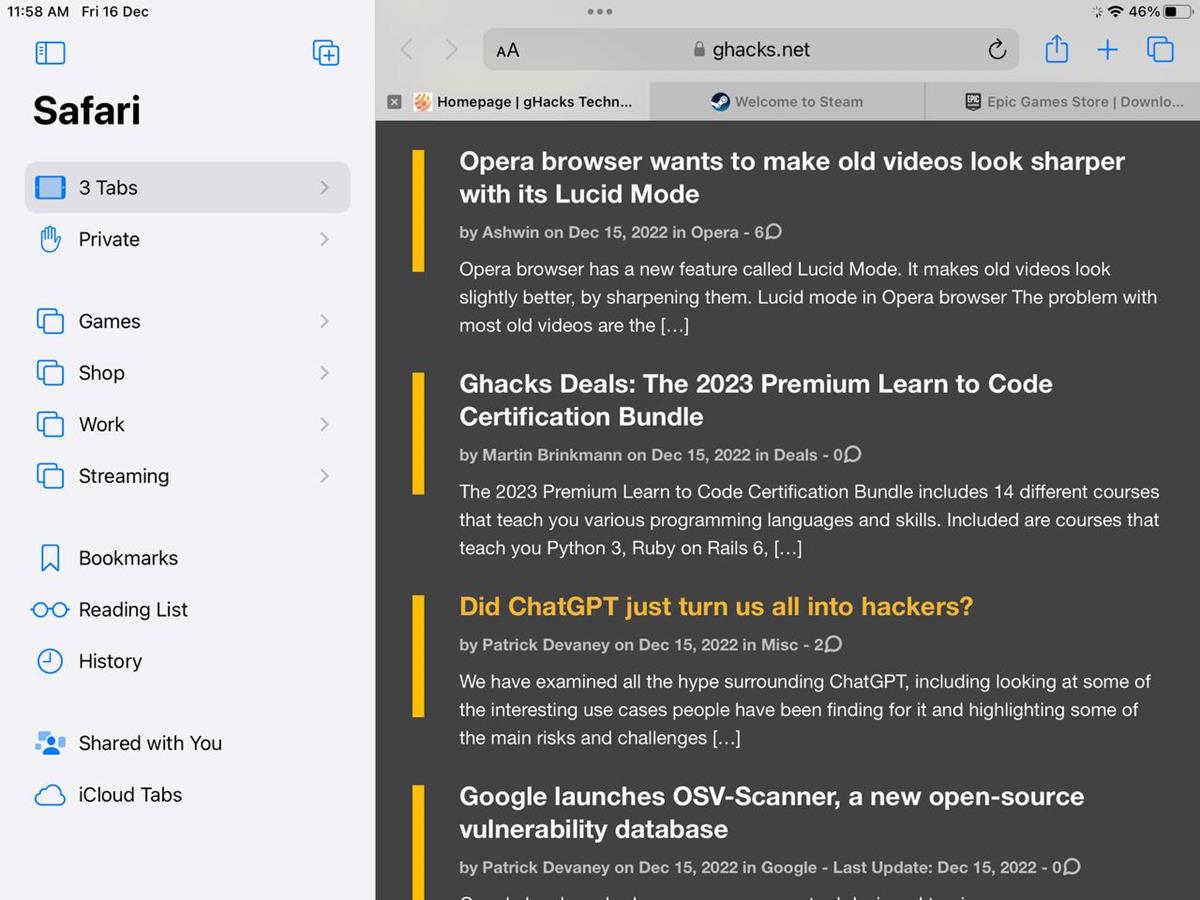 As you may know, all web browsers on iPhones and iPads are based on the WebKit engine, including Apple's Safari app. Why? For security reasons, that's what the Cupertino company claims, that its engine and its sandbox restrictions are more secure than others.

This bizarre restriction, imposed by the company, could be revoked. Mark Gurman's article on Bloomberg (paywalled), which was spotted by Macrumors, says that Apple is considering removing the requirement for web browsers on iOS and iPadOS.

This could finally allow Mozilla to use its Gecko engine for Firefox on iOS, and similarly Google's Blink engine for Chrome, Microsoft Edge, Opera, Brave, etc. Hopefully, Vivaldi will show up to the party too. It remains to be seen whether Apple will allow web browsers to support extensions. Or could it see that as an app downloading scripts and restrict them? If so, Mozilla could bypass this by bundling uBlock Origin with Firefox. Let's not jump to conclusions too quickly, eh?

So, why is this happening?

We can thank the European Union for that. A month ago, the EU passed a law called the Digital Markets Act, that requires gatekeepers (controllers of large online platforms) including Apple, Microsoft, and Google, to allow users to install apps from third-party sources. This will free users from the restrictions of the App Store, you will be able to sideload apps on your iPhone and iPad. It will also provide developers some relief, as they could host their apps elsewhere, without paying a 30% commission fee to Apple.

The law comes in to effect in 2024, and Apple is preparing to allow other app stores on its devices. But what does this have to do with browsers being restricted to WebKit? Browser makers and web developers have found the restriction to be anticompetitive. Even the UK's Competition and Markets Authority (CMA) criticized Apple and Google for their browser's duopoly.  WebKit's limitations prevent developers from bringing features that are available on other platforms to iOS. All of this technically falls under the gatekeeping law, so Apple's hand may actually be forced here.

Gurman also mentions that Apple is working on opening more of its APIs to third-party apps. The Silicon Valley giant is yet to come to a decision regarding allowing its Messages app and iMessage to work with third-party services, this is something which the Digital Markets Act has made mandatory. Google took a swipe at Apple for not adopting RCS, it remains to be seen where the iMessage situation is headed to. Interestingly, Apple may also allow third-party apps to access more camera technologies and the NFC chip, the latter is used for Apple Pay and Wallet.

I barely use my iPad, not just because I prefer browsing on my MacBook, but also because of how terrible Safari is compared to other browsers. Firefox with uBlock Origin may be the motivation I need to start using my iPad again. Speaking of which, if you want the content blocker on your iPhone or iPad, you can use Orion web browser, I tested the macOS version. Though it is based on Webkit, it allows you to install Firefox and Chrome extensions.

First the EU passed a law to make the USB-C connector to be the standard one on all phones from 2023 (bye bye Lightning), then they told gatekeepers not to restrict users from side-loading apps, which could now result in freedom for browsers, and choices for users. More of this, please.