Windows 11 Insider Preview Build 25158 has been released for testers who have opted in to the Developer Channel of the Insider Program. It introduces a couple of controversial changes to the user experience. 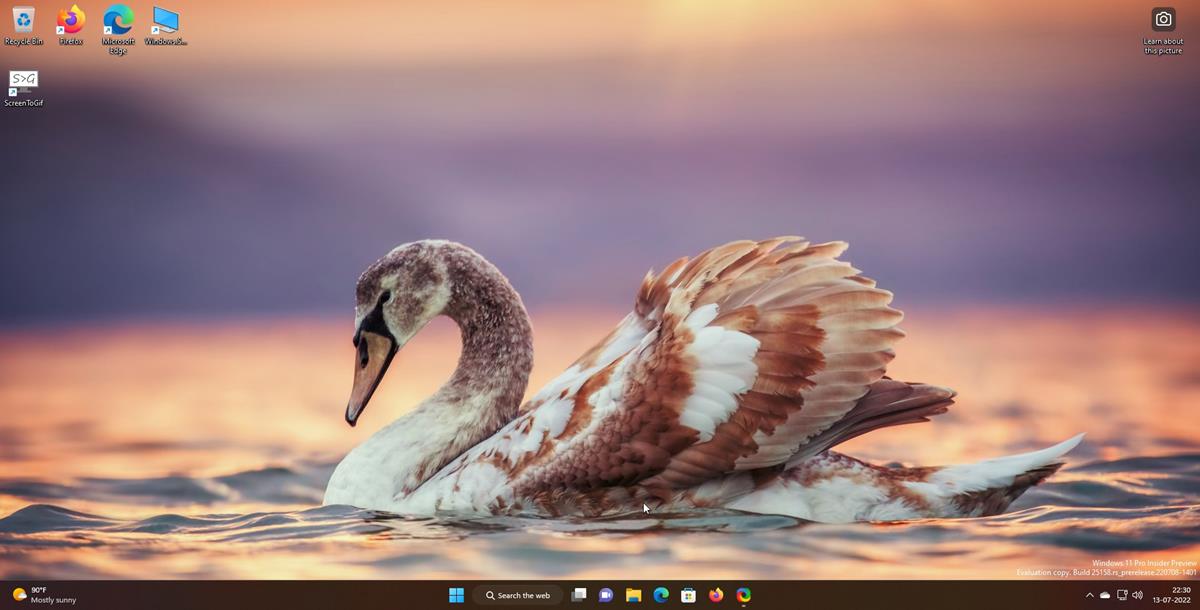 Search the Web shortcut on the Taskbar

The magnifying glass icon for Search on the taskbar, has been replaced with a large Search the Web shortcut. The functionality of the app remains unchanged. Clicking on it opens the search panel, and also changes the background color of the bar to a blue accent. 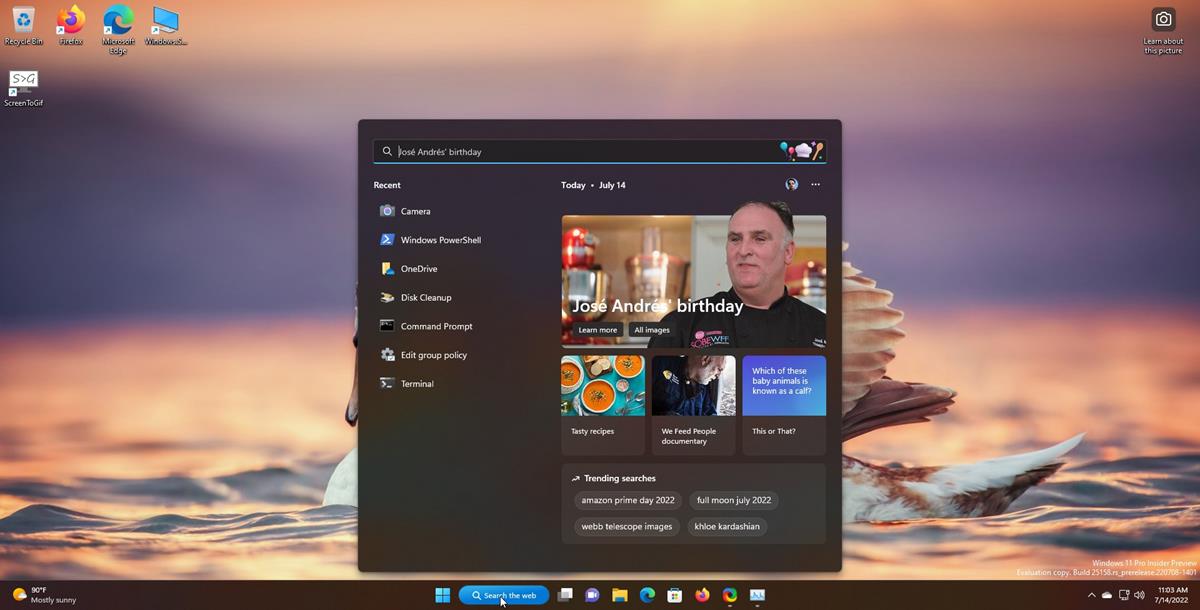 That is just one of the 3 user experiences that Microsoft is testing, here is a screenshot that shows all 3 versions.

The Widgets shortcut on the taskbar will display notification badges, when you click on it the Widgets panel opens, and you will see a banner at the top of the board that triggered the notification badge. So, that's essentially an alert for a new article.

Not a fan of the changes? You can hide the Search bar and Widgets icon from the Settings > Personalization > Taskbar > Taskbar items, click the toggles next to Search, and Widgets.

(some images via Microsoft)

DNS over TLS testing is now available for Windows DNS client query protection. Ethiopic language support has been improved with new texture of text, and the Nyala font has been updated to support syllables for the Gurage language orthography.

The net adapter green screen issue that was causing bugchecks with error message KMODE_EXCEPTION_NOT_HANDLED in NetAdapterCx.sys, has been fixed. The entry for System in the Data Usage section under Settings > Network & Internet > Advanced network settings > Data Usage, has been renamed to System and Windows Update.

The Start menu should no longer crash while opening it or trying to move pinned apps to a folder with the hotkey CTRL + Shift + Right Arrow. An issue that was causing pinned app icons to get stuck on the taskbar after uninstalling the apps, has been resolved.

Users should not lose connectivity while turning on mobile hotspot. The option to toggle the hotspot should not be greyed out. Microsoft has fixed bugs that were resulting in the Microsoft Store failing to download apps with the error 0x80080204, and app remediation failures with error 0x803FB004.

Various crash issues have been patched, including scenarios where Suggested Actions were triggered, accessing the Your Phone App, navigating to the Bluetooth & Devices > Printers & Scanners page, trying to use Cast from the Quick Settings (ARM 64 PCs), navigating through File Explorer with OneDrive enabled, command bar flyouts, and opening the Widgets board.

Task View's performance has been improved. The two-finger triple tap touch gesture in Narrator will dismiss context menus correctly. The accessibility feature will read the uninstallation prompt when trying to uninstall an app from Start. Task Manager was grouping some services as child processes of Microsoft Edge, this bug has been patched.

There are 3 new known issues in the latest build. SQL Server Management Studio may fail to launch. The notification bade may be misaligned on the taskbar. The new notification banner may not appear in the Widgets board.

Microsoft is yet to fix the issues related to Easy Anti-Cheat, misaligned up arrow in File Explorer tabs, the Widgets temperature units, and Live Captions.

File Explorer tabs were enabled by default for me in this build, I'm not sure if that applies to everyone since it hasn't been mentioned in the release notes.

Microsoft has been toying with the UI quite a bit in recent times, and never provides an option to choose which style users may want to use, for example, you can't switch between the new Search icon/bar or the old one. Why would they include a Search bar, and not allow users to type in it? That's why I recommend hiding the icon entirely, and use the Start Menu.

What do you think about the UI changes?