Google released Chrome 88 for all supported operating systems, the desktop platforms Windows, Linux and Mac, for Android and Chrome OS, on January 19, 2021. The release is a security update that patches a total of 36 different security vulnerabilities, one of which rated as critical. It is also the first stable version of the Chrome web browser that drops Adobe Flash support.

The update is distributed to all systems automatically. Desktop users may run a manual check for updates to update Chrome directly; Google rolls out updates over time to the entire population and that may lead to delays before the new version becomes available. Either load chrome://settings/help in the Chrome address bar or select Menu > Help > About Google Chrome to run a manual check.

The current version is displayed on the page that opens, and Chrome will download the new version to install it. A restart of the browser is required to complete the update.

The Chrome Releases blog lists some of the security fixes of Chrome 88 (only those reported by third-parties). CVE-2021-21117 received a rating of critical, the highest severity rating, several ratings of high, the second highest rating.

The biggest change in Chrome 88 is that Google removed Adobe Flash from the browser. Chrome shipped with its own Flash component and that component is now gone so that Flash content cannot be loaded in Chrome anymore. Flash will be removed from browsers and also operating systems such as Windows. Windows users get an end-of-life popup for instance if Flash is still installed on a system.

FTP support is disabled, or is it? 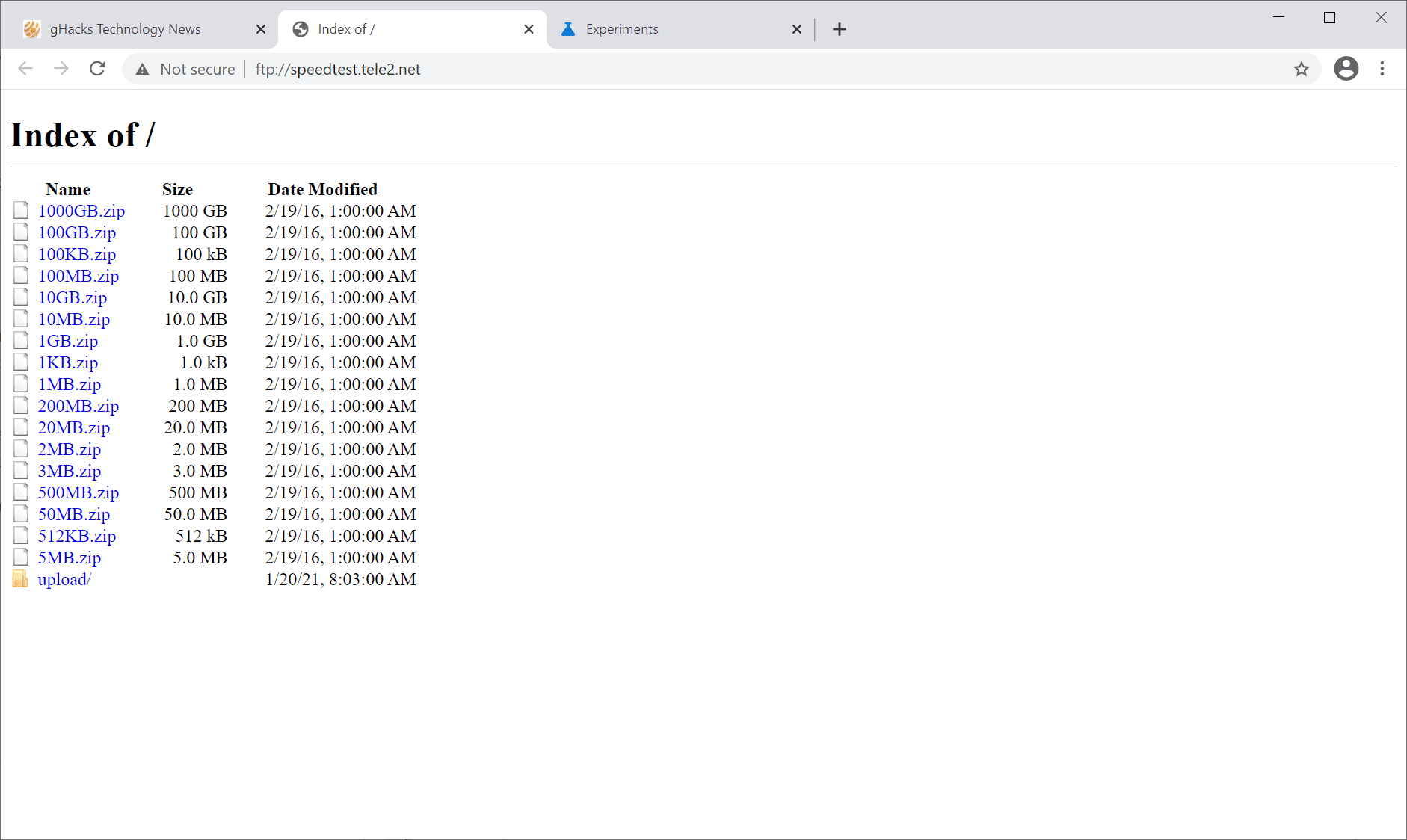 Google announced the plan to deprecate ftp support in 2015 but has postponed the execution several times in the past. FTP support is removed by Google because Chrome does not support "encrypted connections" or proxies in its FTP implementation. Google notes that usage is low and that third-party FTP programs are a better option for users going forward.

A quick test without the flag enabled revealed that FTP access was still available after upgrading to Chrome 88. It looks as if Google postponed the removal once again. The page on the Chrome Platform Status website has not been updated at the time of writing to reflect that. 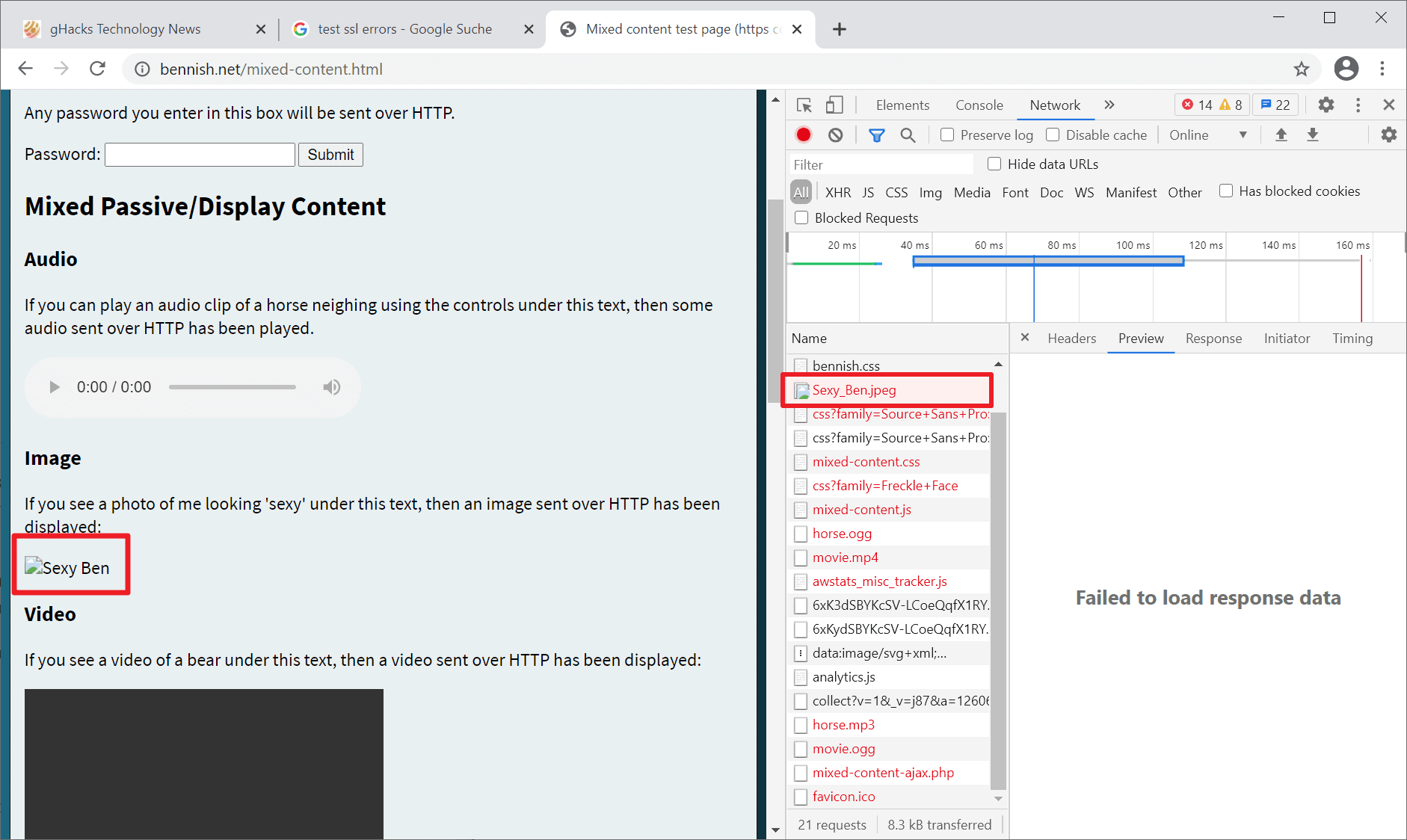 Google revealed in 2019 that the company's Chrome web browser will upgrade or block mixed content, files that are loaded insecurely on HTTPS pages. Content was divided into types and Chrome started to display warnings and to block certain types in previous releases already.

Chrome 88 blocks insecure image, audio, video, and text files from being loaded if they are served over an insecure connection on HTTPs sites and cannot be upgraded.

Other changes in Chrome 88

Here is a list of other changes of Chrome 88:

Now You: what is your take on this new Chrome version?