A look at TouchTasks, an app to increase Windows touch screen productivity

Stardock TouchTasks is a new commercial software application for Microsoft's Windows operating system that has been designed to improve productivity when working with touch screen devices.

TouchTasks aims to change that by adding zones to the border of the screen that users may interact with. The program is not the first of its kind; Jack Wallen reviewed the Active Edges feature of KDE back in 2011 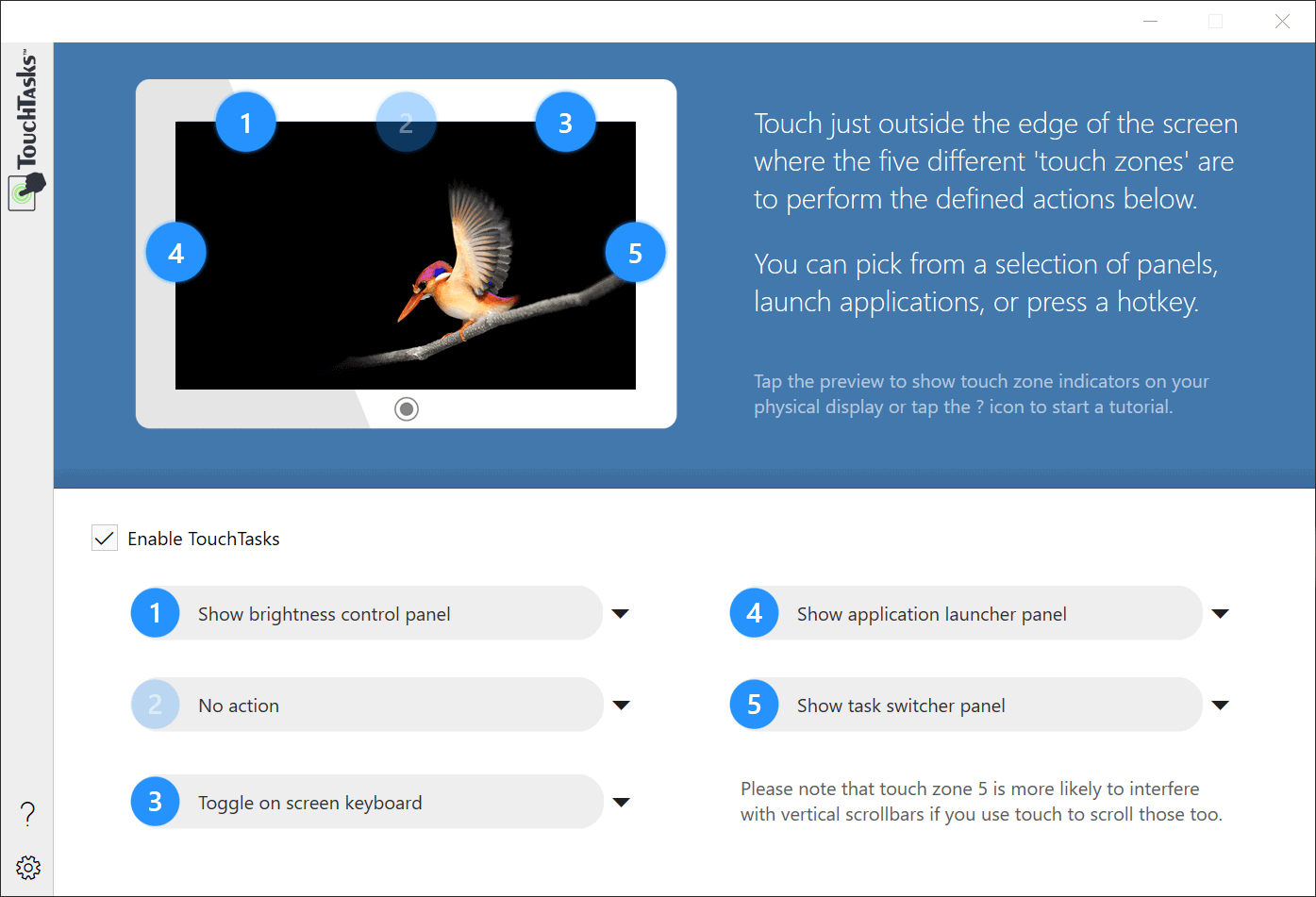 Basically, what TouchTasks does is add five zones to the left, top and right border of the screen that act as task launchers. Users of the program may assign various tasks to each zone to customize program functionality.

The application launches a fullscreen tutorial mode on first start that teaches users how to activate the zones properly. The configuration screen, which you see on the screenshot above, displays the positions of the supported zones and the assigned actions.

By default, the zones are set to the following activities:

A tap on any zone displays the available actions. These range from launching built-in functionality, e.g. showing recent documents, to running custom applications. You may disable any zone by selecting the "no action" option from the menu that opens.

All actions are executed with a single-tap on the zone. Stardock notes that zone 5 may interfere with scrolling as scrollbars are usually displayed on the right side of the screen.

A tap on the left displays the application launcher; while it is certainly possible to use the built-in fullscreen application launcher of the Windows operating system, it may be faster to use TouchTasks' solution for that if the program has been added to the launcher.

A tap on the settings icon opens the preferences. 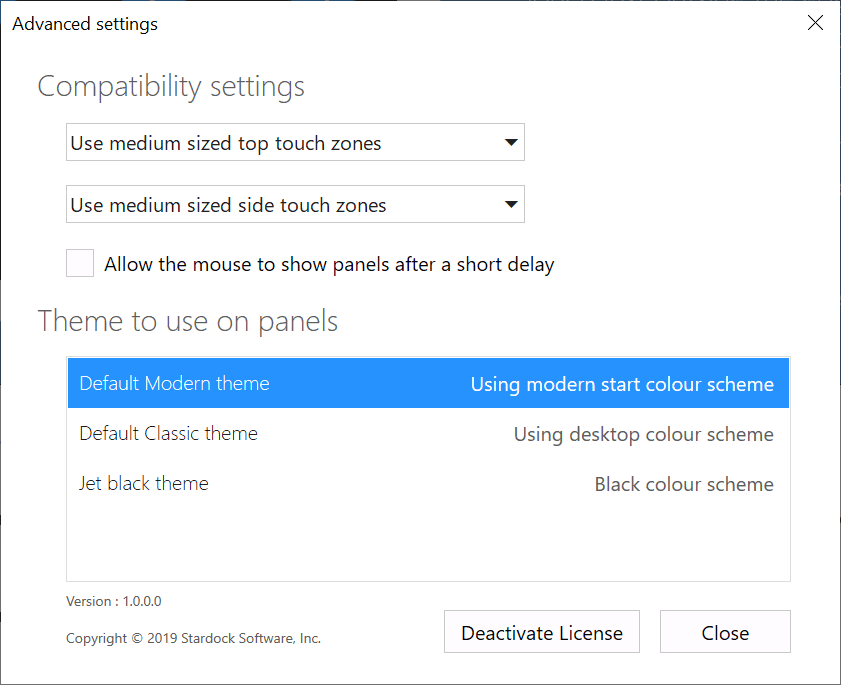 You may change the size of the zones here and switch to a different theme. The zones are set to medium size by default and you may change that to "very precise", "small" or "large" for side and top zones individually.

Changing may help if you notice incompatibilities with other programs, e.g. that zones interfere with the tapping on menus or other elements.

The settings feature an option to enable mouse activation; this enables the use of actions with the mouse, e.g. a touchpad or computer mouse that is connected to the device.

TouchTasks is a handy software for Windows 10 touch devices like the Surface Pro to improve productivity. It is quite flexible when it comes to the actions that you can assign to zones; the default actions are handy for the most part and the ability to launch any application from a zone is great as well especially when using fullscreen applications.

TouchTasks is available for €11.99 regularly and for an introductory price of €5.99 currently. A free 30-day trial is provided. Note that you email verification is required before the program can be used.

Now You: Would you use a program like TouchTasks?