It is the second update that Microsoft released for the latest stable version of Windows 10 version 1803 after last week's release of KB4345421 which addressed several issues introduced by the July 2018 Patch Day.

Up until today, only Windows 10 version 1803 received a second cumulative update after Patch Tuesday this month. It is possible that updates for previous versions of Windows 10 will be provided by Microsoft eventually. 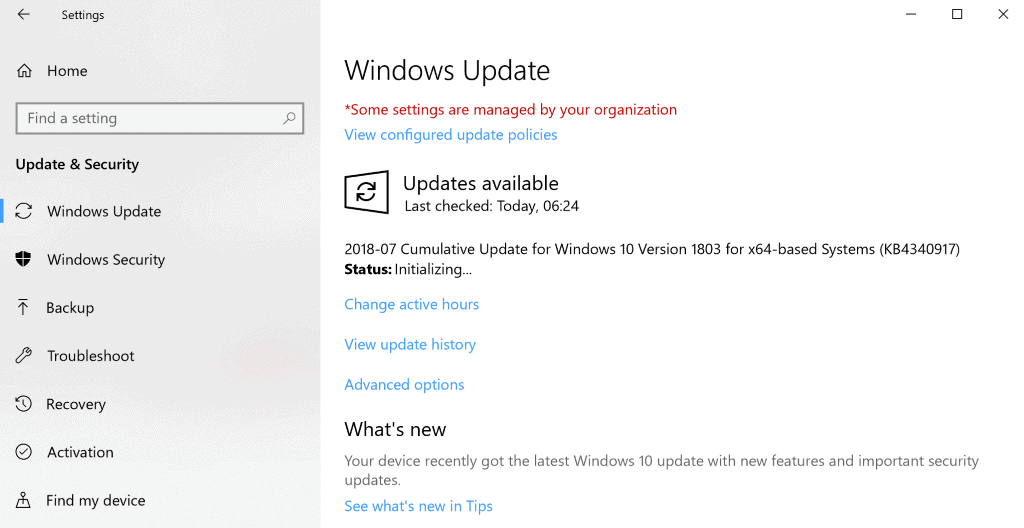 KB4340917 contains the following fixes and improvements according to the release notes:

KB4340917  is available through Windows Update on systems with automatic update functionality enabled. You can run a manual check for updates to have it picked up immediately by pressing Windows-I, opening Updates & Security, and

Now You: What is your experience with the new update?