Mozilla released Firefox 59.0.2 to the stable release channel on March 26, 2018 for all supported operating systems.

The new version of the web browser includes security fixes and patches for several issues affecting users of the application.

Firefox 59.0.2 is available via the web browser's integrated updating system and as a standalone download from Mozilla.

Select Menu > Help > About Firefox to run a manual check for updates from within the browser. Firefox will pick up the new version, and download and install it automatically on the device.

Firefox 59.0.2 is the third Firefox release in March. Mozilla released Firefox 59.0 to the stable channel on March 13 and the security update Firefox 59.0.1 only three days later. 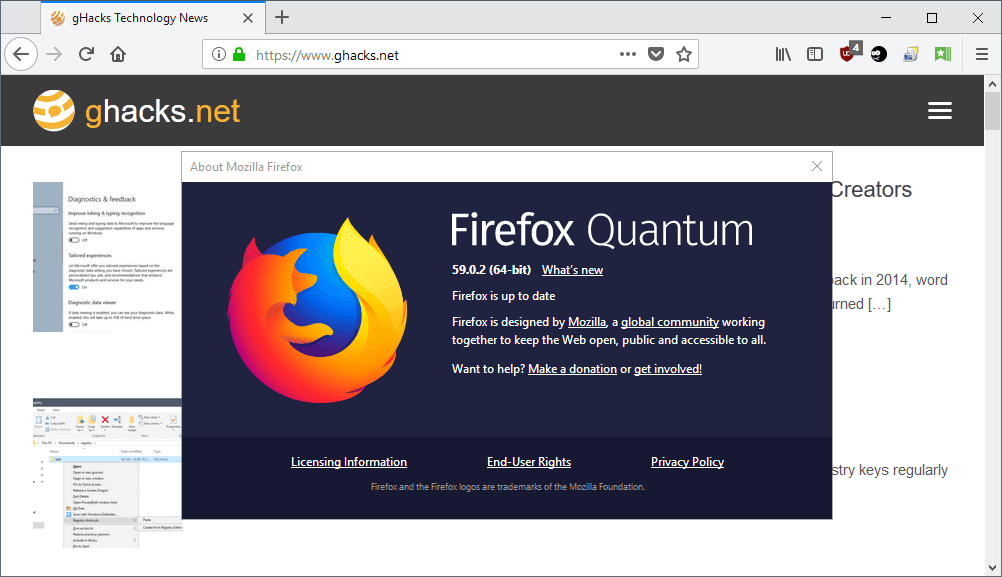 The new version of the Firefox web browser includes several bug fixes for issues. The following issues have been resolved in the new version:

Firefox users who run Firefox 59.0 or Firefox 59.0.1 should consider upgrading the browser to the latest version. Users affected by any issue may want to do so as early as possible, but since the new release includes a security patch, it is recommended that all users run the update asap on the stable release channel.