Microsoft released a whole bunch of non-security updates for its operating systems Windows 7, Windows 8.1, and several versions of Windows 10 yesterday.

Windows 7 and Server 2008 R2 users may run into another issue after installing the update. Windows may throw application exception errors when some programs are closed on those computer systems.  Microsoft notes that this "can affect applications that use mshtml.dll to load web content.

Microsoft investigates the issue and is working on a solution at the time. The company notes that the failure does not impact program functionality as it occurs on shut down. 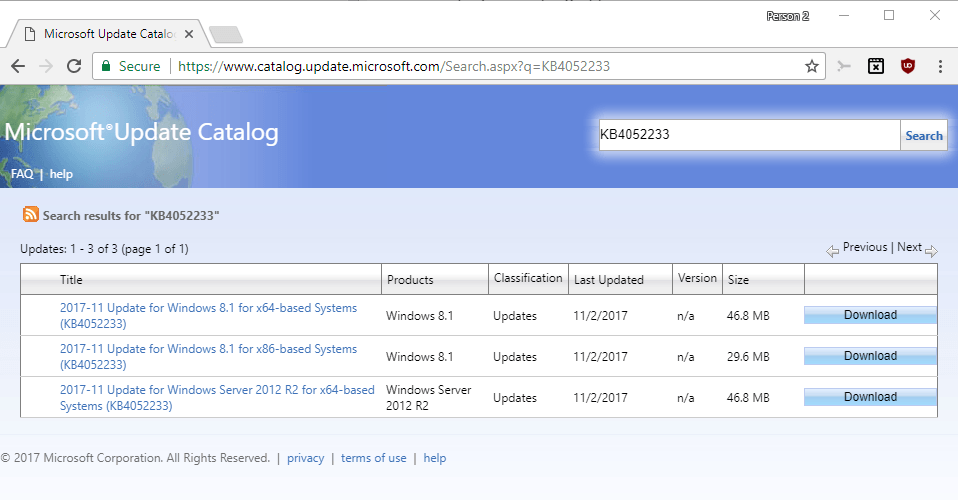 KB4052233 for Windows 8.1 and Windows Server 2012 R2 fixes the same issue. Systems that run those operating systems are affected by the known issue as well. Microsoft lists another known issue that is not listed under KB4052234:

The company notes that users who display icons with a larger text size using the display settings may run into issues launching the Internet Explorer web browser. Microsoft's workaround for the issue is to reduce the text size for icons, or to use the "change the size of all items" settings. A permanent fix for the issue is currently in the works.

KB4049370 for Windows 10 version 1703. The update was released for Surface laptop customers only. It addresses a boot to black screen issue after installing update KB4038788.

KB4052231 is a new update for Windows 10 version 1607 and Windows Server 2016 that fixes the Microsoft JET Database Engine issue described above.

Customers who install the update may experience three of the four update issues mentioned above. The issue that they may not run into is the changing of languages to English in select applications.

KB4052232 is an update for Windows 10 version 1511 that fixes the same JET Database Engine issue. Users who install it may run into issues when launching Internet Explorer. The suggested workaround can be applied to resolve it.