While Gameroom has strong ties with Unity, you may notice that Adobe Flash Player gets installed alongside the gaming platform on your device as games may require it. Facebook promises however that it will keep Gameroom and Adobe Flash Player updated automatically. 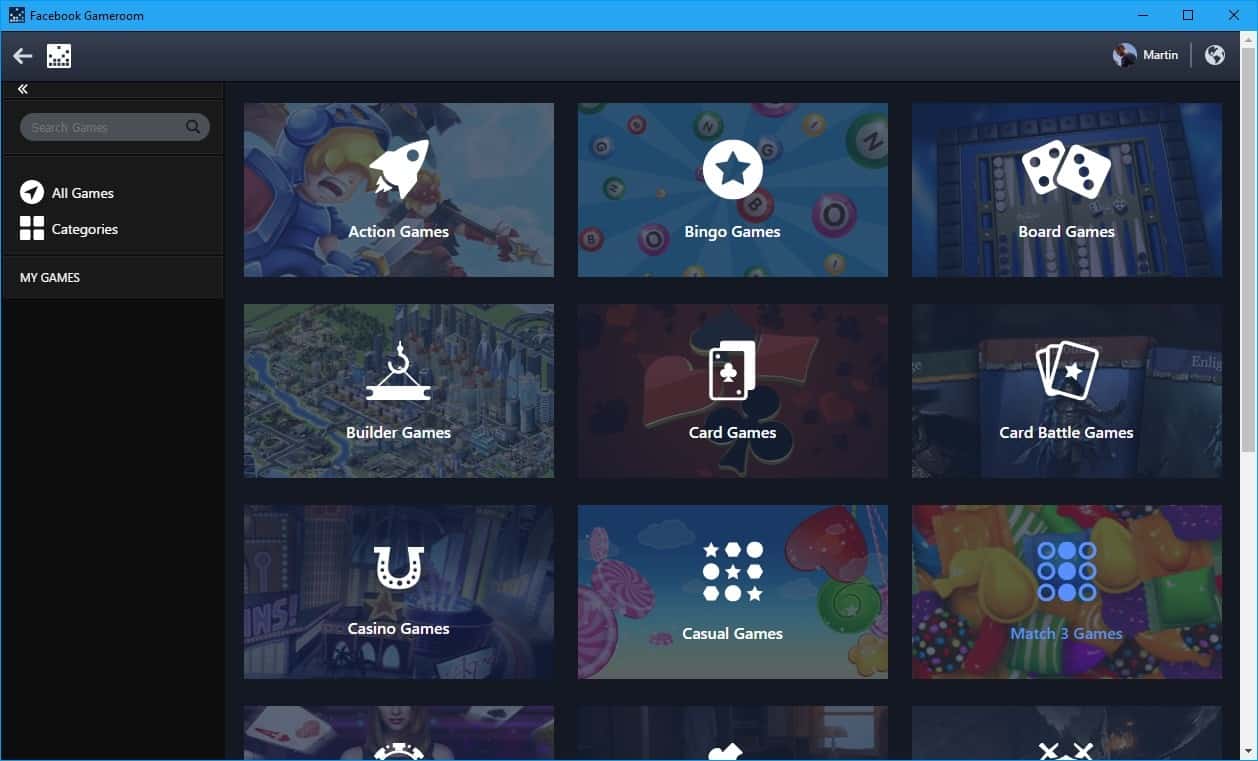 If you check out Gameroom right now, you may notice that the selection of games is closer to Facebook's own offering or online gaming sites such as Armorgames or Kongregate, and not nearly as close to Steam or other PC gaming focused gaming clients.

While that may change over time, you should not expect the latest blockbuster games or even the majority of PC games on the platform any time soon.

Another difference to existing gaming platforms for PCs is that gaming is still linked to a Facebook account. Game developers may request information about your Facebook profile, and you will have to agree to those before you can start playing the game.

You may block some of the requested information from being made available to the gaming company but usually not all of them.

Games are downloaded then within the client and you can start playing them relatively quickly as most have a relatively low size. 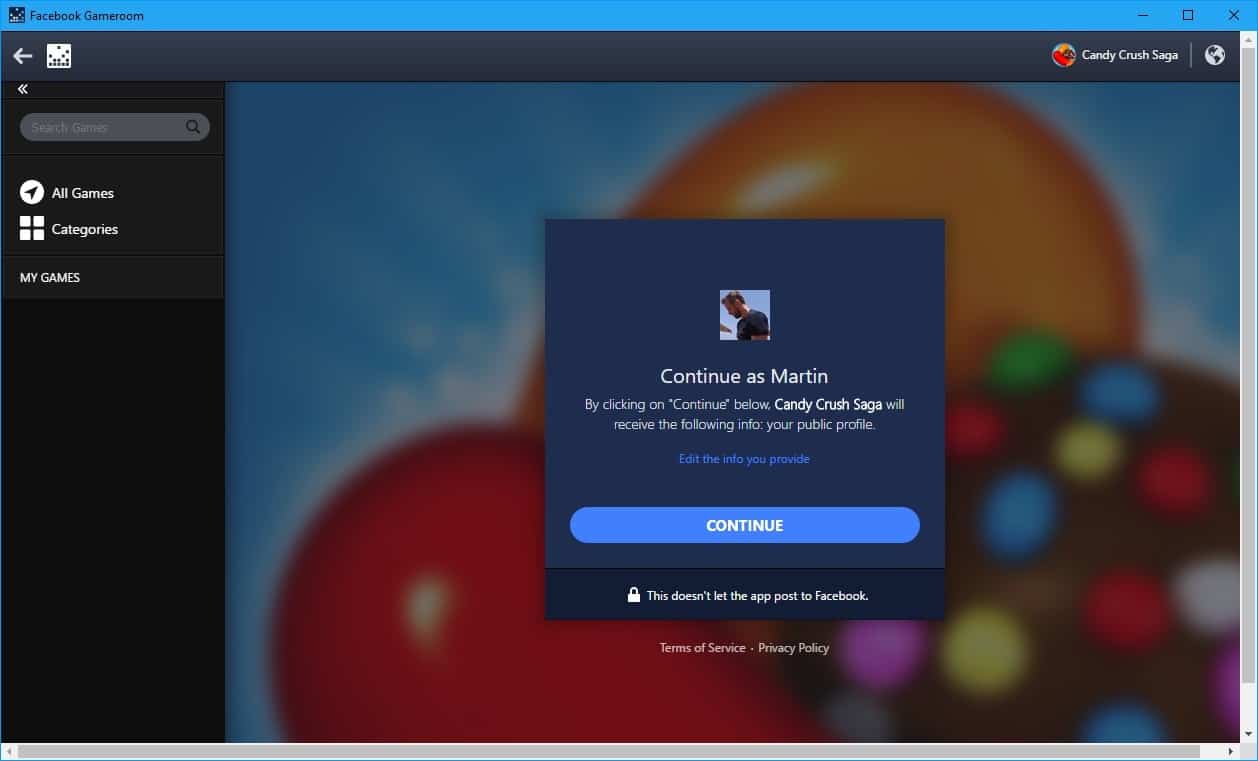 Gaming works pretty much as you'd expect it to work. This resembles Flash gaming sites as well, as many games play in a fixed container in the Gameroom program.

One new option that Facebook built into Gamesroom is the chat functionality. You can click on chat to enter live chat for the particular game you are playing. You see other Facebook user's post there, and may post yourself to the chat.

Gameroom ships with a built-in payment system that is taken directly from Facebook. If you want to  buy gold bars in a game like Candy Crush for instance, you pay using credit card, debit card or other payment information linked to the account. If none exist, you are asked to add a payment method before you can proceed.

Most games right now are free and clearly focusing on the free to play model (grind, wait or pay).  Think mobile games for Android or iOS that are free to play, and you know what kind of games you can expect on Gameroom.

This may change in the future as Facebook seems to have big plans for Gameroom. For now though, it is offering little that is not offered by "Flash" games sites or mobile gaming.

Facebook coincidentally is not the only company that is entering the gaming market. Amazon too is pushing into the market with Amazon Game Studios and Twitch, the popular streaming company that is part of the vast Amazon empire.

It remains to be seen if Facebook or Amazon can convince enough developers to publish their games on their platforms. Both companies have the financial means and reach to push into the market, but I cannot see gamers leaving Steam or other platforms in the near future. Some may install Gameroom or Amazon's offering as a second, third or fourth client, but that is the best that the companies can hope for right now.

Now You: What's your favorite gaming platform and why?