Benchmark your phone with PCMark

PCMark is an excellent benchmark for Android that enables you to test your phone's performance, battery life and storage performance among other things.

Running benchmarks on a mobile device is not really something that is that interesting to most users unless they either want to test tweaks they made, compare different versions of an operating system or framework, or have multiple devices at their disposal that they want to compare.

While it can be useful to run a benchmark on first start, and compare it to benchmark runs in the future to find out how performance and battery life changed over time, it is not really useful for a one-time benchmark test.

This does not make benchmarks useless, and especially not if they provide comparison results from devices that other users of the application ran. 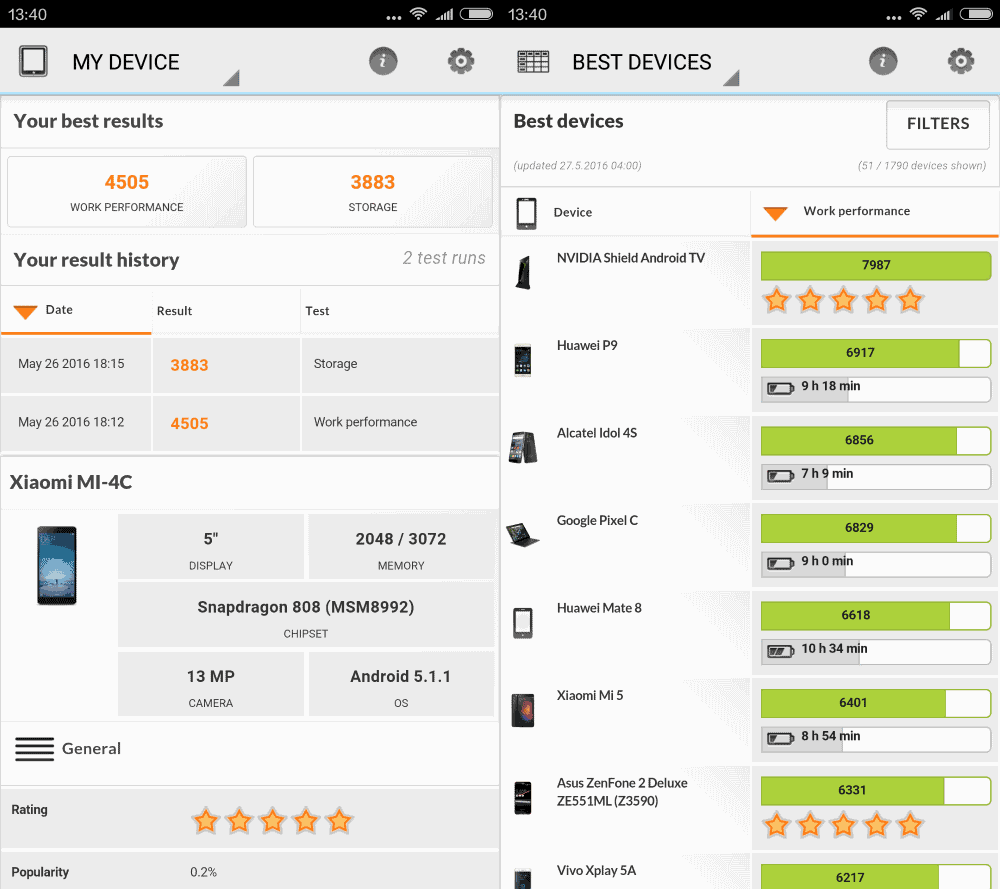 PCMark for Android Benchmark is a free application that is compatible with all Android 5.0 and newer versions.

The size of the initial app download is not that large but that is because the benchmarks are not included in that initial download.

The app ships with two benchmarks, work and storage, that you need to download before you can run them. Both benchmarks have a size of several hundred Megabytes and it is recommended to download the benchmarks when the device is connected to wireless Internet.

The work benchmark download includes a separate battery benchmark that you can run as well. The latter requires a charge status of at least 80% though for that.

PCMark displays the score but gives a rating as well which is often more helpful. In addition to that, you may check benchmark scores of other devices to compare their performance to the device you ran the benchmark on.

The score and battery life of each device is listed by PCMark which is not only helpful when you compare your device to others, but may also be useful when it comes to new devices that you may purchase in the future.

Looking for a device with great battery life? PCMark's device comparison chart can help you with that. Need the fastest device? PCMark can help with that as well.

The work benchmark measures the devices overall performance and battery life by simulating every day tasks such as watching a video, browsing the web or editing photos. Tests use "real" apps when possible to reflect near real-world performance on the device.

The storage benchmark on the other hand measures internal and external storage performance, and database performance.

PCMark keeps a history of previous benchmark runs, but could make it a bit easier to compare your device's performance to other devices.

Your device's performance is not visible on the "best devices" screen which means that you have to look it up first and remember it to compare it to other devices.

PCMark is a specialized application for Android devices that enables you to measure your device's performance and battery life.