Netflix: one step closer to a global TV network

Netflix announced yesterday that it launches it services globally yesterday offering it to more than 190 countries adding 130 new countries in the process. While that is still not all countries of the world, China is for instance not among the list, the move increases the company's availability significantly.

Netflix CEO Reed Hastings calls it the launch of a "new global Internet TV network" and that's certainly true up to a point considering that Netflix original series will be made available simultaneously on launch worldwide.

The situation is different where licensed shows and content is concerned though. Shows may not be available at all in certain regions where Netflix is available, or may be delayed instead. 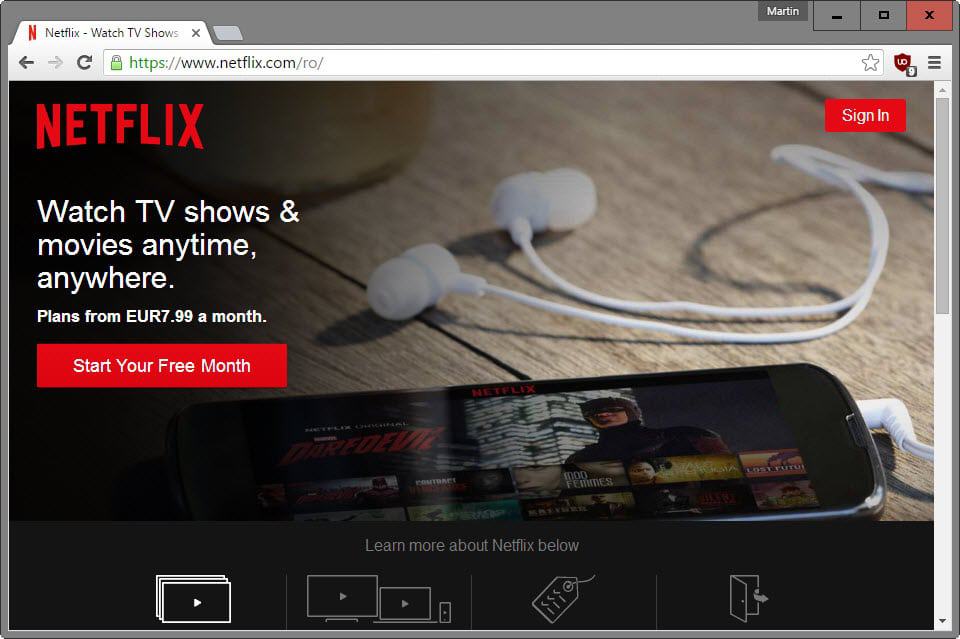 If you check this comparison listing of movies and shows available on Netflix UK and US for example, you will notice that there are big differences between the two offerings.

Netflix subscribers from the US have access to 6991 shows and movies (not counting multiple episodes of the same show) while UK subscribers to only 3621 movies and shows.

And things are equally unequal when you compare the availability in other countries Netflix is available in.

This is likely not Netflix's fault at all, but due to how content from traditional TV and movie companies is licensed.

Actually, one of the main reasons for companies like Amazon or Netflix to increase the production of original series and movies is that they have full control over those shows and can make them available to subscribers from all over the world at the same time without having to worry about licensing limitations.

Netflix plans to release 31 "new and returning original series, and two dozen original feature films and documentaries" in 2016. Among them highly rated shows such as Marvel's Daredevil, Narcos or Marco Polo. Beyond 2106, there is a high probability that the company will increase its efforts even further not only to distinguish itself from competing services, but also to reduce the reliance on traditional TV and movie deals.

Netflix subscribers can use VPN services or DNS services to access Netflix content in other regions the service is available in. Customers from the UK can increase the number of shows and movies available by a factor of 2 almost, but even US customers benefit from these type of services as some shows and movies are not available to them either.

It is interesting to note that Netflix accounts work in all countries, and that is the main reason why VPN and DNS services are such a popular option for subscribers as they can access content from the US, UK, Japan or Germany using a single account.

Now You: Are you subscribed to an online streaming service? If so, which?

Article Name
Netflix: one step closer to a global TV network
Description
Netflix announced yesterday that it is now available in more than 190 countries, increasing its availability by more than 130 in the process.
Author
Martin Brinkmann
Publisher
Ghacks Technology News
Logo

Martin Brinkmann is a journalist from Germany who founded Ghacks Technology News Back in 2005. He is passionate about all things tech and knows the Internet and computers like the back of his hand. You can follow Martin on Facebook or Twitter
View all posts by Martin Brinkmann →
Previous Post: « New Winamp in Early 2016, but don't get your hopes up
Next Post: Want 1080p playback on Netflix? Don't use Firefox or Chrome »