If one of your computer systems is set up as a Windows 10 Insider system you may have already received an update to preview build 10525.

The update is being rolled out to Fast Ring users, those Insiders who want to receive updates as soon as they are released by Microsoft.

Not all Fast Ring users have received the update yet and the same is true for Slow Ring users who don't receive the update at this point in time.

Update: If you have troubles getting the update to show up, check your Telemetry settings under Settings > Privacy > Feedback & Diagnostics. If it is not set to full, you will not receive the update.

While it may be tempting to update the system to the latest build right away to find out what is new and test new features, this particular build seems to cause issues on some systems.

Reports are coming in that the 64-bit version of Chrome is broken completely in Build 10525 of Windows 10. While there is a solution available to mitigate the issue, it is not without consequences either as it will turn off Chrome's sandboxing feature.

Things like these happen considering that Insider Builds are alpha or beta releases and not designed for production environments. While most builds work well, this particular build may cause headaches for some users. 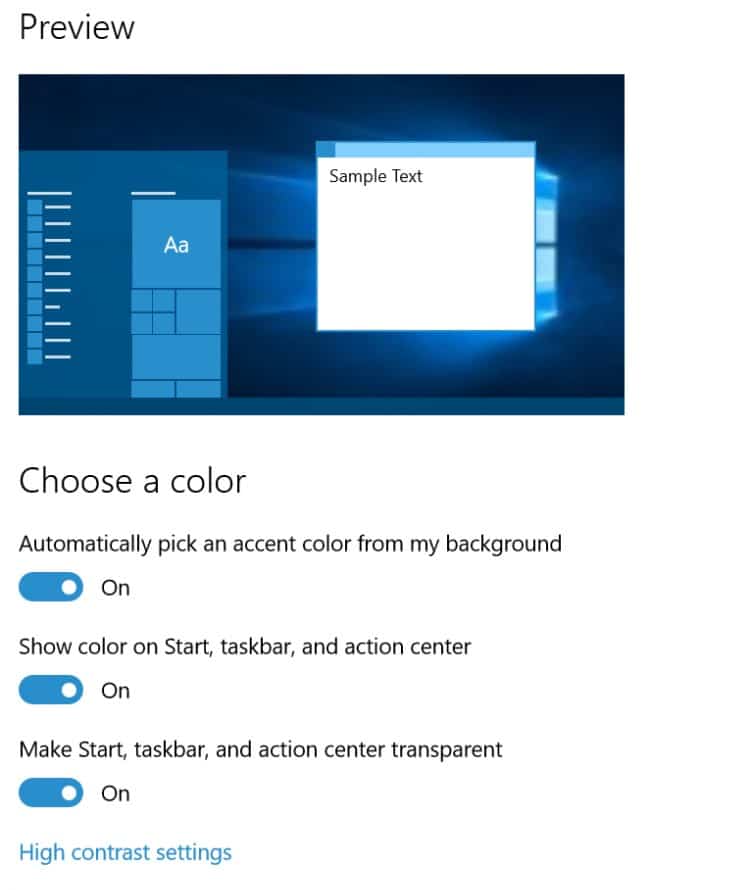 If you look beyond the issues, you will find several improvements over previous versions. One of them is the ability to modify the color of window title bars natively. As you may remember from previous builds and the final release version of Windows 10, this was not an option and you had to resort to hacks to modify the title bar color.

If you look closely, you will find other improvements. Cortana, the personal assistant, will ask you about the browser that you want to use to open search results the first time you make use of the feature. The WiFi menu dialog shows if a connection is secure, and the new Memory Manager that shipped with Windows 10 was improved as well.

The memory manager compresses unused pages automatically in memory instead of writing them to disk if it notices high memory use. This reduces the memory these processes use and enables Windows 10 to keep more applications in memory at the same time.

While there may be more, Microsoft has yet to publish release notes or an article covering the most important changes in the latest build, this is so far nothing but a gradual feature improvement.

These features make sense, and some of them should have been in the final release build of Windows 10, but it is probably better to wait for the next build which will hopefully fix the Chrome issues and other issues that this build introduces.

Previous Post: « Changing the white Windows 10 title bar color the easy way
Next Post: These things annoy me in Windows 10 »