How secure is the router your computer and devices are connected to whenever you are using the Internet? The free Android app RouterCheck tries to find that out by running a series of tests to reveal security issues or even vulnerabilities affecting the router.

What many don't know is that these devices may be as vulnerable to attacks as computer systems.

Kevin published a guide recently about securing a wireless router properly recommending the use of a new strong admin password for it, the right type of encryption for wireless connections and other best practices.

But security goes even beyond that. For instance, unless routers are configured to update automatically when new firmware is released, they may operate using old firmware that may make the device vulnerable to attacks.

RouterCheck is a free app for Android that scans the router for known vulnerabilities but also for common issues like open ports or an insecure admin password that can be fixed immediately by the user. 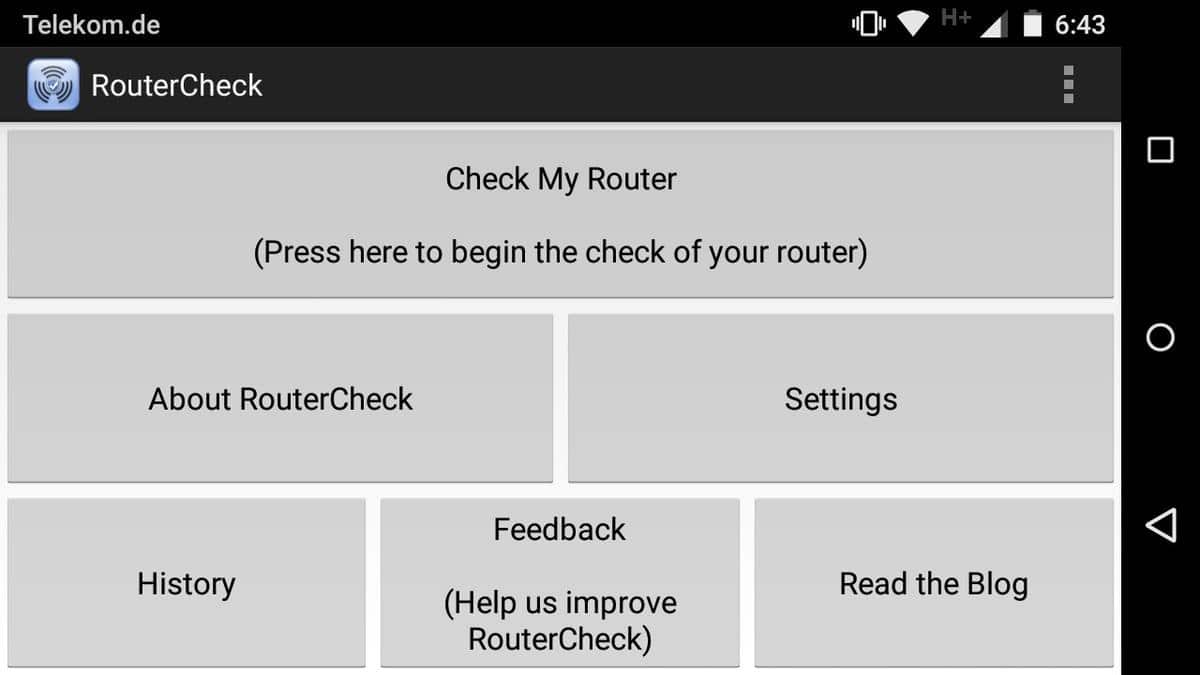 Tap on the "check my router" button when the main interface has loaded to start the test. You need to confirm that you are the owner of the router or home network before you can run tests.

The test itself won't take longer than a minute to complete and a detailed report is presented to you in the end.

The report lists the finding of the tests and you may want to go through all of them one by one to fix issues found by the app.

Results are color coded: green means ok, blue that the test could not be performed, yellow issues that you may want to address and there may also be red for severe issues but I could not confirm that.

An option to fix the issue is displayed for each yellow issue in the interface. For instance, you may receive a warning that your router is pingable. If you click on the fix button you are taken to a page that describes why that is a problem and how to fix it. 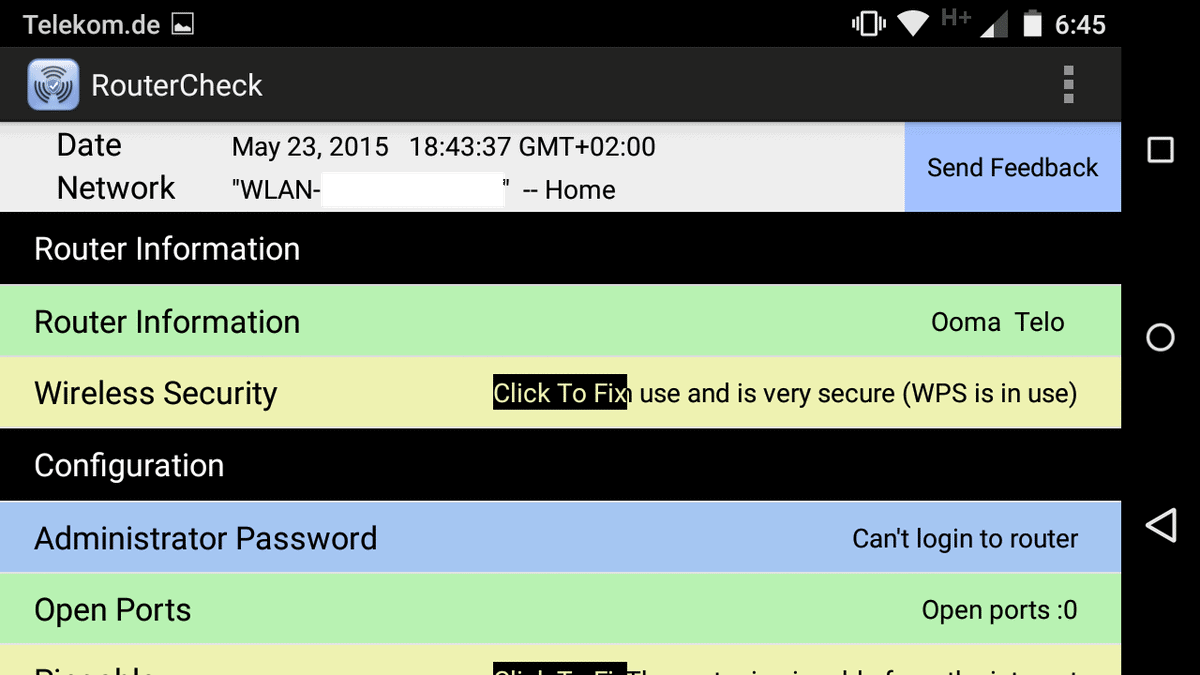 It needs to be noted that the instructions are general in nature as routers may use different menu names and navigational structures. The information provided are extensive on the other hand and should help even inexperienced users correct it.

The app checks several important values and preferences including the admin password, the type of wireless security used (if any), and whether the router is vulnerable to a set of known vulnerabilities (currently three in total).

The explanations and instructions provided help understand why something is an issue, why it is better fixed and how that is done.

RouterCheck is a useful application for Android that checks whether your router is configured properly security-wise.

While you may not have an issue with all issues the app recommends to fix, the vulnerability check alone makes it worth running at least once.

Martin Brinkmann is a journalist from Germany who founded Ghacks Technology News Back in 2005. He is passionate about all things tech and knows the Internet and computers like the back of his hand. You can follow Martin on Facebook or Twitter
View all posts by Martin Brinkmann →
Previous Post: « Here is what you need to know about the new Adblock Browser for Android
Next Post: Kids Place is a free parental control application for Android »