Move files from different folders into one with Folder Merge for Windows - gHacks Tech News
ghacks.net

Merging simple folders on Windows is not that much of a problem. Simply select all files of one folder and copy the contents to the other folder. Finish up by deleting the first folder.

It gets complicated and time consuming if you need to merge many folders into one, or want to move files from subfolders into the root folder.

While you can still do that manually, you will spend a considerable amount of time doing it. 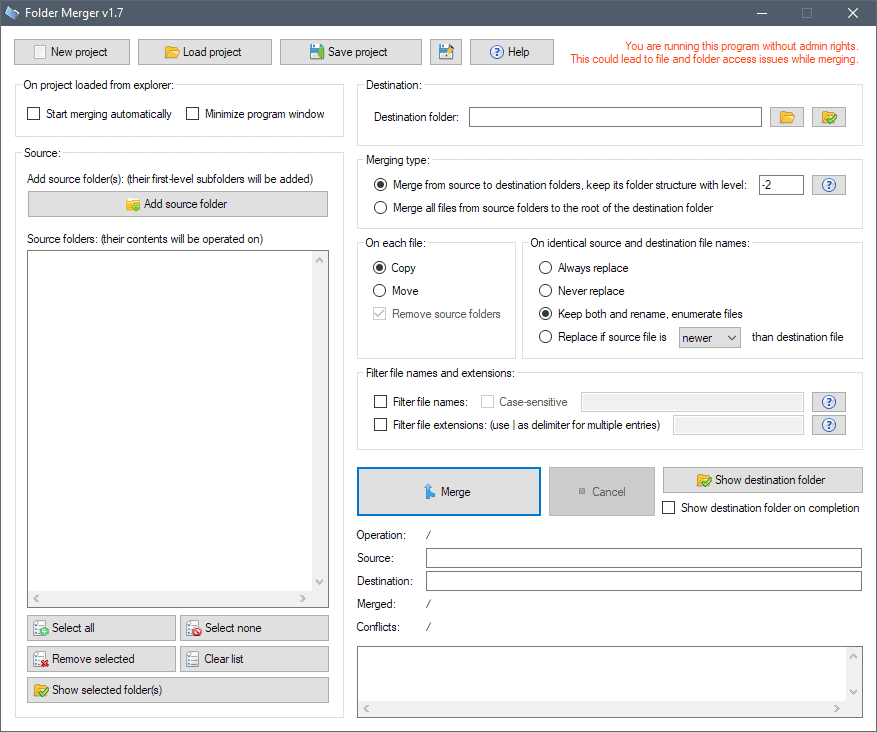 Folder Merger is a free portable program that assists you in that. First thing that you do after it has loaded is to add one or multiple folders to the "source folder" listing, and select a destination folder.

All files and folders of selected source folders get added automatically to the merging queue. You can add as many source folders as you like and define merging parameters before you hit the "merge" button in the interface to start the process.

Previous versions of Folder Merger did not support many options but the most recent version supports some that you may modify. The program is configured to copy all files from source folders to the destination folder and keeping the folder structure of source folders intact.

Duplicate files will get renamed automatically as well.

You can change these parameters, for instance, to move files instead of copying them or replacing duplicate files. You can also move all files from source folders into the root destination folder.

You can customize the process further before you hit merge to do so. One option that you have is to filter by file name or extension.

If you only want to move executable files for example, you could do so by adding .exe to the file extension field to apply the filter. If you hit merge now, only files with the exe file type are moved to the destination folder.

This on its own can be pretty useful to sort certain file extensions or files based on their name into folders.

That's all there is to the process and when you hit the merge now button the program will run the copy operation on its own using a command line window that is displayed only during the operation.

Note also that the merging won't affect the source files in any way oif you select copy. There is no option to automatically delete the source files either which means that you need to do so manually after the operation completes.

Configurations can be saved as projects to load them again at a later point in time; useful if you need to run operations repeatedly, for example, when cleaning a download directory.

Folder Merger is a useful application for Windows. It can be used to merge as many folders as you like, or to move specific files stored in different folders based on names or extensions to a single root folder. 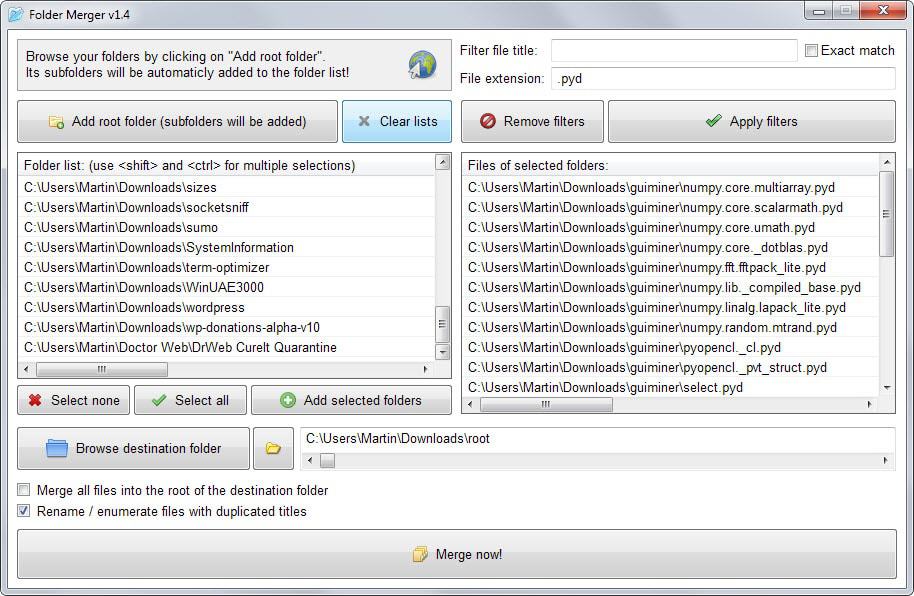