Update: Tribler security not as good as claimed. Read this for a first basic analysis.

Bittorrent has not one but two Achilles' heels: torrent indexing services and a lack of anonymity. While it is possible to overcome the latter through the use of virtual private networks or proxies, there is no viable alternative available yet for indexing services.

Tribler, which I reviewed back in September 2014, attempts to change that. It is developed by researchers at Delft University of Technology who wanted to create a system that is anonymous and impossible to shut down at the same time.

Tribler integrates torrent indexing and anonymity in the client directly which means that it does not rely on third-party services or websites for that.

While it is still possible to use these services to download or stream torrent files using the client, the idea is to move slowly but steadily away from requiring torrent indexing websites at all. 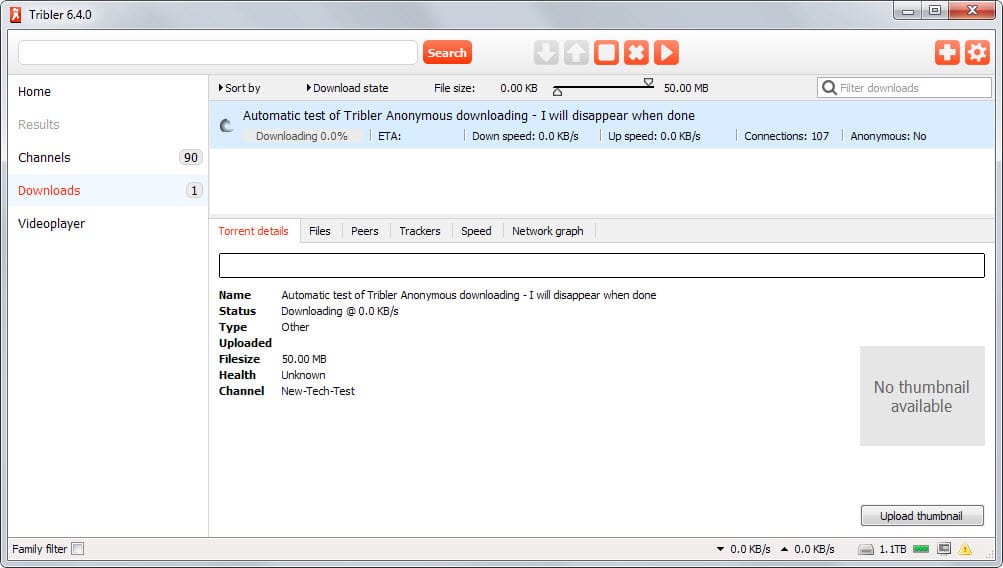 The second big feature of Tribler, anonymity, landed in the most recent version. It uses a system similar to what the Tor network offers but uses its own network which is not compatible with Tor.

Detailed information about the implementation are available on Github. If you break it down to its core, it is routing requests through several user systems automatically. Instead of downloading files directly from the seeder, they are downloaded and redirected by other users first.

This means in turn that every user of the Tribler network is a node that is being used to transfer data to other users which in turn may impact the overall download speed and your ability to seed files.

The packets received this way are encrypted with the exception of the header which consists only of an identifier used to determine where to send the packet to.

Tribler ships with search options built in that you can use to find torrents directly in the client. It is also supporting channels, collections of torrents offered by other users, which users can vote for to improve their visibility in search.

When you download a torrent file using the service you get to select the number of hops for that download. These hops, from zero to five, determine the number of computers that the encrypted packets are sent through on their way from the seeder to your computer.

The more hops you select the better the anonymity but the lower the speed. 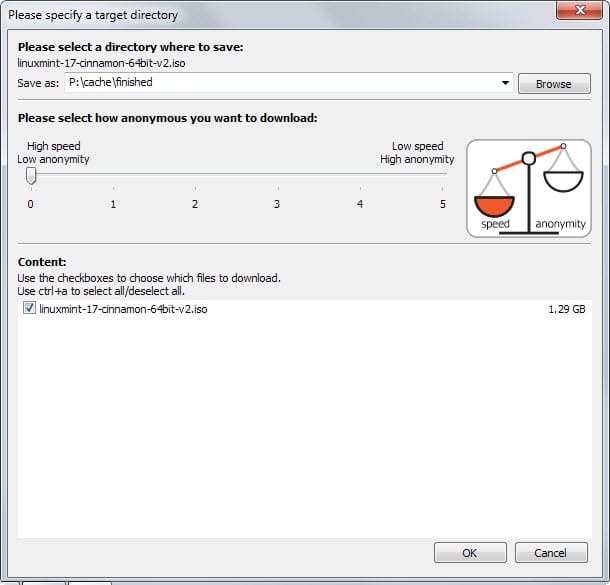 It is interesting to note that you can specify the hops for all files you download regardless of whether you found them using the service's own search or through other services. Since you can load torrent files into Tribler, it works for them equally well.

The idea behind Tribler makes sense but it is too early to tell if it will take off. The security and anonymity of the service needs to be vetted by third-parties first, and on top of that, it needs to be distributed to a wider user base as it is one limiting factor when it comes to downloads.

Martin Brinkmann is a journalist from Germany who founded Ghacks Technology News Back in 2005. He is passionate about all things tech and knows the Internet and computers like the back of his hand. You can follow Martin on Facebook or Twitter
View all posts by Martin Brinkmann →
Previous Post: « How to join the Skype Translator Preview right now
Next Post: Surprise: shut down of Pirate Bay had different outcome than expected »