Should you be worried if DirectX 12 will be Windows 10 exclusive? - gHacks Tech News
ghacks.net

Should you be worried if DirectX 12 will be Windows 10 exclusive?

DirectX is widely used, not only on Windows but also on Microsoft Xbox gaming systems and even other devices such as Sega's Dreamcast console.

Most modern games require DirectX to run even though some support other APIs as well.

While Microsoft did confirm DirectX 12 for Windows 10, it never mentioned if the new version of DirectX would also be made available to previous versions of Windows.

AMD's Chief gaming scientist Richard Huddy mentioned in November that DirectX 12 would not come to Windows 7 and while it is likely that AMD received information about compatibility with earlier versions of Windows in the past, it has not been confirmed or denied by Microsoft yet.

If you have been gaming on Windows for a while you know that this would not be the first time for Microsoft to exclude older versions of the operating system from receiving updates. 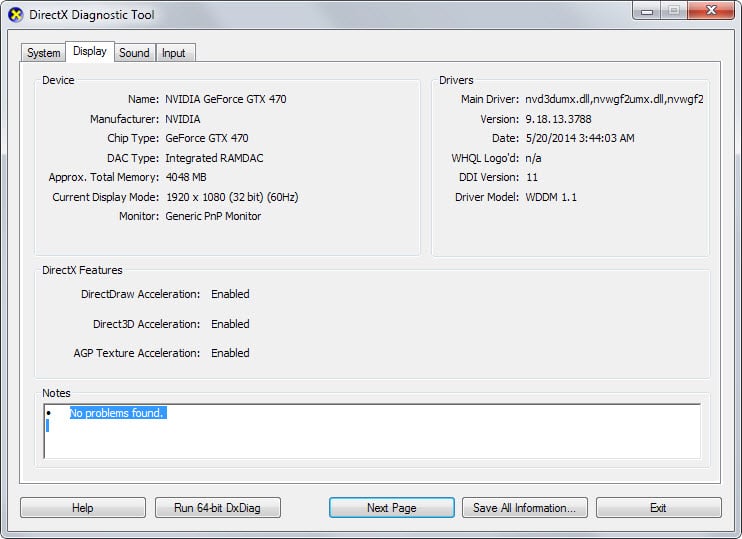 When Windows Vista came along, DirectX 10 was a Vista exclusive. This meant that XP systems were stuck with DirectX 9.

How did this turn out for new features and technologies introduced in DirectX 10? Not well. While there were a handful of games that supported DirectX 10 and even some that required it, the majority of games did not and used DirectX 9 instead.

If Microsoft ships DirectX 12 with Windows 10 and does not provide access to some or even all of its new features to older systems, it is likely that history repeats itself.

While Windows XP is being faded out and likely less of a factor in late 2015 than it is today, Windows 7 will be the operating system that is installed on the majority of PCs.

Game companies and publishers would be foolish to release games that would not run on Windows 7. This means that there will be a fallback at the very least.

Considering that it is unclear how successful Windows 10 will be, it is likely that some companies won't invest money in optimizing games for DirectX 12 unless it is a multi-platform title that is also being released on the company's Xbox system or subsidized by Microsoft.

So, the majority of games will run on Windows 7 regardless of whether Windows 7 will receive the version 12 update or not.

If things go really wrong, it could end up like it did on Windows Vista were DirectX 10 never took off.

Now You: Do you think that Microsoft will make DirectX 12 available on older Windows versions?

Martin Brinkmann is a journalist from Germany who founded Ghacks Technology News Back in 2005. He is passionate about all things tech and knows the Internet and computers like the back of his hand. You can follow Martin on Facebook or Twitter
View all posts by Martin Brinkmann →
Previous Post: « Windows downloads for all operating systems
Next Post: Prepare your PC to upgrade to Windows 10 through Windows Update »