Wearables are the next big thing. Here are my thoughts on that - gHacks Tech News
ghacks.net

Wearables are the next big thing. Here are my thoughts on that

With smartphones and tablets reaching saturation points in many countries, it is time to hop on to the next big thing. Most companies are betting big on so-called wearables which can be divided into two main groups currently: smartwatches and bands.

Bands or fitness bands are not necessarily a new thing. Companies like Nike, Polar or Fitbit have created products that you can purchase right now. I'd like to call them first generation products.

Most have in common that they track your steps, pulse or heart rate, and maybe offer some advanced features such as estimates on how many calories you have burned or support for additional activities such as swimming or cycling.

Smartwatches on the other hand are comparable to digital assistants. While they do keep track of time, they add other features to it that come in the form of apps or native features. This often includes a tie-in with a phone that is powering the information on the device to display new notifications or media controls.

Companies like Google, Microsoft or Samsung will all launch products this year that fall into the wearable category. Google updated Google Play Services for instance recently to give developers tools at hand that make it easier to create apps for Android wearables.

Microsoft will release a fitness-band this year and while we do not know much about it let alone have official confirmation of it, it is likely that it will work similar to Samsung Gear. 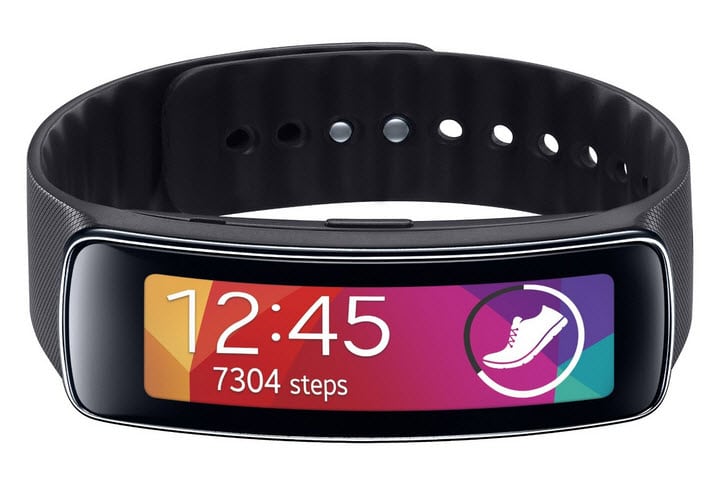 I cannot really see myself wearing a smartwatch, and the main reason for that is that I do not really see use for it. Since you do need a phone on you as well to power much of it, would not it be easier to just use the phone in first place for whatever you are doing?

Now, there may be situations where you cannot do that. If you are cycling at a fast pace, you may have enough time to look on the watch but not enough time to get the phone out.

The same may be true while you are in class, running, or doing other things that don't let you pause what you are doing easily.

I have other issues with smartwatches. It seems that either the screen is small, which makes them look normal on your wrist, or really big, which looks out of place. A small screen cannot display the same amount of information as a large screen though.

Then there is battery life to be considered. Would you want to charge your watch every day because it lasts just that long?

I have a slightly different opinion to fitness bands. If you are active, they can improve that activity provided it is supported. They can keep track of your progress, and you can use them to make sure that your heart rate is well within the limits of what you are trying to achieve.

Second generation fitness bands may require a phone, especially if they come with some functionality usually found only in smartwatches.

This can be a problem as well, since most companies limit that to their own products. Samsung wants you to use a Samsung phone for instance, and Google as well as Apple will have the same requirements.

It is interesting to note that Microsoft won't, at least not for its upcoming fitness band that it plans to release in the last quarter of 2014.

Now you: what's your take on wearables? Have you bought a device already or plan to do so?