How to lock applications on Android - gHacks Tech News
ghacks.net

How to lock applications on Android

As the sole user of an Android device it is usually not necessary to lock specific applications on it. If you do hand over your phone regularly, to children for instance so that they can play something like Angry Birds or whatever the latest craze is about on the device, then you may want to enable locking of applications after all.

There are many reasons why you may want to do so but the three major ones are the following: locking the store to avoid installation or purchases of apps, locking the settings to protect them from being changed and locking applications not suitable for other people.

Think of handing over your phone to your eleven year old nephew so that he can play Angry Birds on it. It takes just a couple of button taps to load any other game or app on the device, for instance those that are not suitable for children because of violence, adult themes or other reasons.

Avast Mobile Security & Antivirus provides you with the means to lock any application on your Android device with a four digit pin.

Select Application Locking when you load the application for the first time on your device. All user installed applications and several core system modules such as settings are available for selection here. 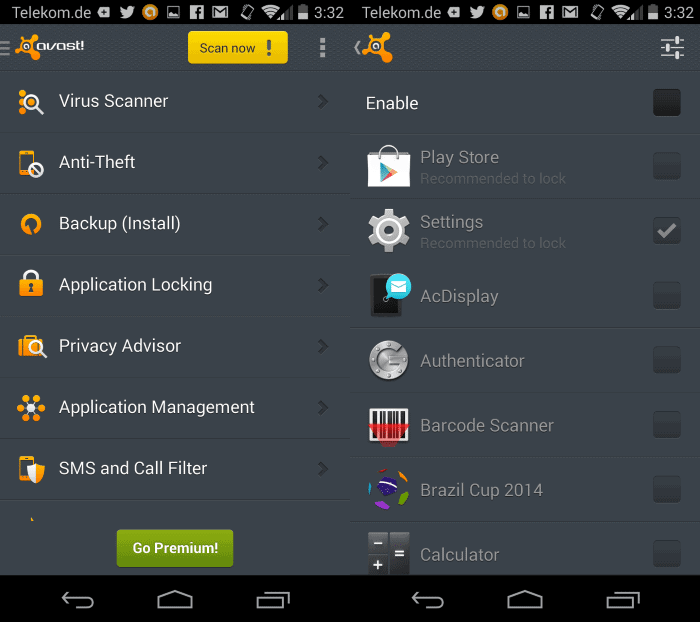 To protect an app simply tap on the box next to it. If this is the first time you lock an app on the device you are asked to set a new four digit pin and a recovery pin.

Note that the free version allows you to lock two apps, for instance settings and the Google Play store.

When you try to open an app that is protected by Avast a password field is automatically displayed. The app will only be loaded if you enter the correct pin, if not, it won't open at all.

You can customize the application locking in the settings. Here you can change the password type from pin to gesture or text among other things. 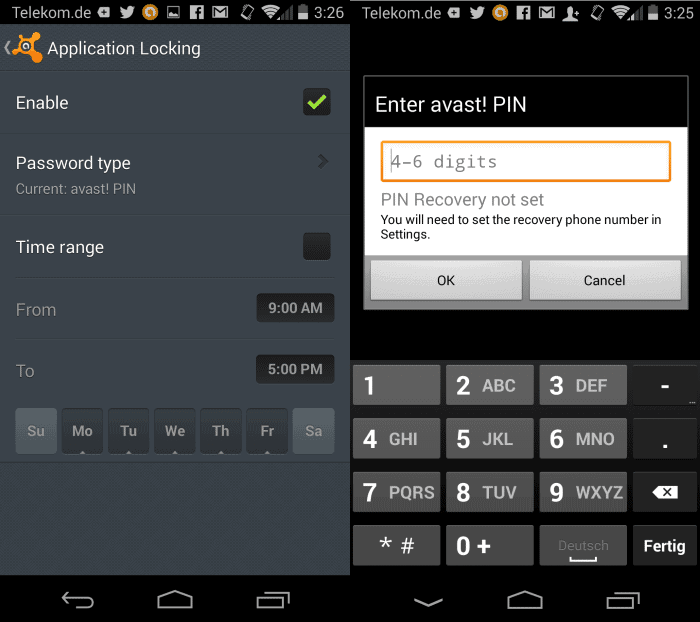 The two application limit is problematic if you need to protect more than two apps on the device. The premium version of the app removes the limit. It is available for $14.99 right now and includes one year of updates.

If you prefer a free app that lets you lock as many applications as you want, try App Lock instead. It is a highly popular application that can protect as many apps as you want and also other phone features such as the sending of SMS, contacts or calls.

Avast on the other hand adds protection and security features to the device including antivirus, the blocking of malware infected links or a privacy manager.

Previous Post: « Belarc Security Advisor for Android scans the system for vulnerabilities
Next Post: Set reminders on a timeline in Android »