What is Steam In-Home Streaming? 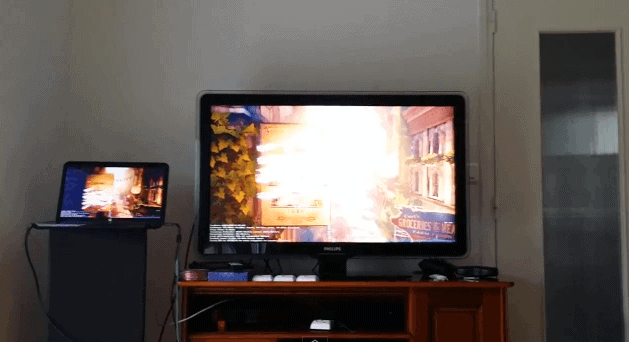 Valve is expanding rapidly right now, with new Steam Machines being announced by more than a dozen manufacturers. These machines run Steam OS, which is a custom Linux distribution created by Valve.

While some games run fine on Steam OS right now, mostly those that support Linux right now, others are not compatible yet with Steam Machines. According to Valve, hundreds of games are already running natively on SteamOS, while others will work via in-home streaming.

So what is this in-home streaming that Valve refers to, and what do you need for it? Let me start by telling you what it is not. It is not  comparable to remote gaming streaming services such as Playstation Now (formerly Gaikai) or OnLive.

The core difference here is that everything happens locally when you use In-Home Streaming. That's great on the one hand, as it gives you full control over everything including the PC the games are rendered on, the destination machine, and the network setup.

There are certain drawbacks to it though. First, you need a PC running Windows to render those games, and another machine where the contents get displayed on. This means that two machines will be running in your home when you make use of In-Home Streaming.

Second, while setting the feature up should not be a problem in most homes, there are certain things that users need to take care of. It is for instance necessary that both machines use the same subnet, as streaming won't work otherwise.

Third, the PC the game runs on cannot be used for other activities in the meantime.

It is obviously also useful to Steam Machine owners, as it enables them to play all the games that do not run natively on Steam OS.

If you only use one PC, then it won't benefit you at all. If you are interested in becoming a beta tester, join the Steam In-Home Streaming group.

Valve will pick beta participants at random from members of the group.

It is interesting to note that the free application Limelight offers a similar feature set. While limited to GFE compatible video cards (GTX 600/700) and high-end wireless routers or networks, it may be an interesting alternative to some users.