While I'm still waiting for the Metro version of VLC Media Player to be released for Microsoft's Windows 8 operating system, I'm keeping a close eye on the development of the desktop version of VLC as well as it is one of the two media players that I run on my system.

VideoLAN has released an update for the player just a moment ago that brings the player's version to 2.0.7. The new version is already listed on the projects website for download so that you can go right ahead and upgrade your version of the player to the latest version.

It is highly recommended that you do considering that VLC Media Player 2.0.7 fixes several security issues in previous versions of the application.

The change log over at the official VideoLAN website lists three vulnerabilities that the developers have resolved in VLC 2.0.7.

The new version fixes regressions in the player's ActiveX plugin for Microsoft Internet Explorer on top of that.

It is recommended that you update the player even if you believe that you are not affected by the vulnerabilities as the team has also fixed a memory leak in the player's video converter when creating AVI files, and a crash in VLC's Mac OS X port. 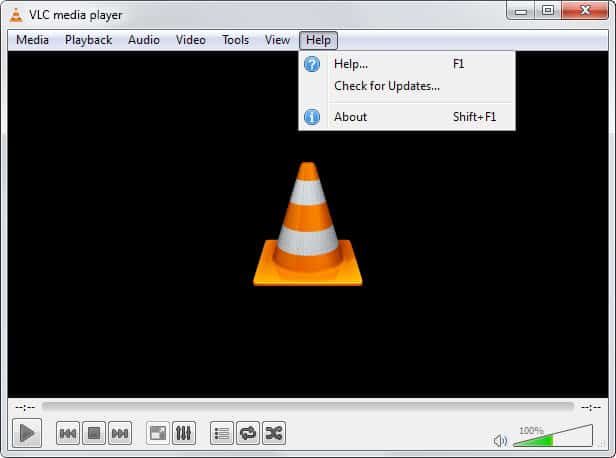 The track selection has been fixed for users on PowerPC machines, and translations have been updated and new ones added to the player (Azerbaijani, Kirgyz, Oriya).

You can check for updates by visiting the official site directly, or by opening VLC Media Player on your system and using the Help > Check for updates menu instead to do so.

Martin Brinkmann is a journalist from Germany who founded Ghacks Technology News Back in 2005. He is passionate about all things tech and knows the Internet and computers like the back of his hand. You can follow Martin on Facebook or Twitter
View all posts by Martin Brinkmann →
Previous Post: « Watch YouTube videos that are blocked in your country
Next Post: Freemake Music Box: Audio player with YouTube integration »