The 16-bit era was probably the high-time of classic Japanese roleplaying games which combined world exploration with turn based combat.

The Kingdom of VoStora looks and plays as if it just emerged from that era of gaming. The free PC game is a product that is still in development with chapter 1 of the game readily available. If things go as planned, the complete chapter 2 will be released in July this year.

As with most games of its kind, the main character Victoria and her sidekick Roderick start the game in their hometown village. Classes play an important role in the game. Victoria is a herbalist, a healer of sorts who uses herbs that you find or buy to create potions for the party. Roderick is a swordmaster on the other hand, a fighter with a different set of abilities and skills.

You can walk around freely in the village and start to explore it, or head right out in the forest to find the Krausa Herb, your first mission in the game.  If you explore the village first, you find shops to buy items, non-player characters that you can talk to who may provide you with information, rumors or even side-quests, and goodies that you can find here. 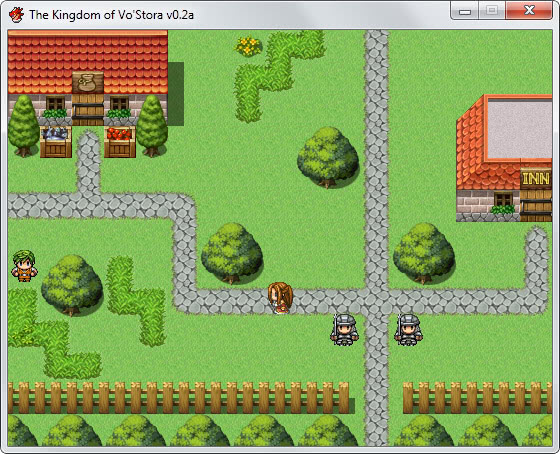 The quest for the herb acts as an introduction of sorts. Once you set out to the forest you will encounter your first - random - enemies that pop up every couple of seconds or so while you are walking around.

Combat is turn based and each character and enemy has one action per turn. This is the classic turn based combat system used in games such as Final Fantasy. You can attack, use skills, abilities or items, or guard in the combat round.

Action points are acquired during combat which you can use to execute skills, for instance to deal more damage or attack twice in a round.

All characters gain experience after each fight and will eventually level up to become more powerful. 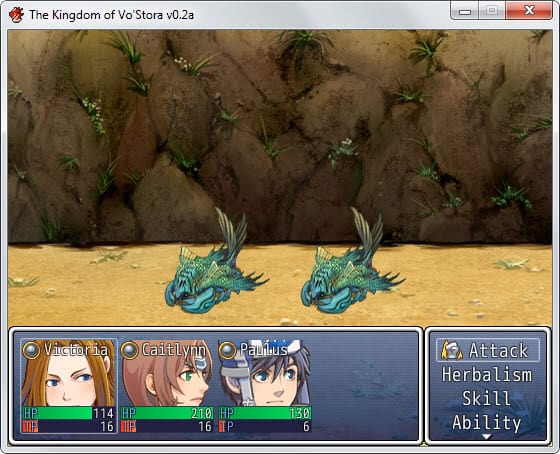 The game is heavily driven by its story. When you come back from your journey to find the herb, you will spend ten minutes or so watching how the story unfolds in your village. 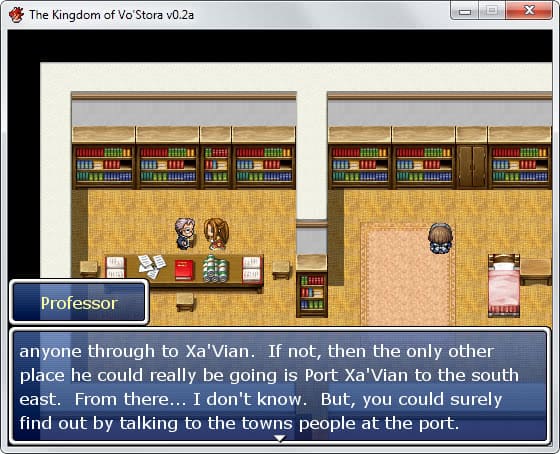 After that the world map is opened up for you to pursue a new quest.

The story is rather mystical at first and it is up to you to uncover it all. You will meet new party members along the road who have different abilities and classes that come in handy throughout the game.

If you like roleplaying games in general and especially old school Japanese ones, then you will certainly like The Kingdom of VoStora as it offers everything that you can possible want from such a game. Just remember that it is a work in progress, so make sure you check out the author's website every now and then to see if updates have been released.

Martin Brinkmann is a journalist from Germany who founded Ghacks Technology News Back in 2005. He is passionate about all things tech and knows the Internet and computers like the back of his hand. You can follow Martin on Facebook or Twitter
View all posts by Martin Brinkmann →
Previous Post: « Xbox One licensing puts you last
Next Post: PS4 vs Xbox One: which is better? »