Mozilla's first draft of a proposal in regards to customization changes in the organization's upcoming Australis theme for the Firefox web browser caused some unrest on the Internet. It looked like Mozilla had the intention to dumb down the Firefox browser in many key areas to bring it closer to Google Chrome (with its bare bones user interface that does not allow many customizations) by removing options from it that at least part of the Firefox user base are making use of actively.

A second draft of the proposal has been published yesterday, so lets take a look at what has been changed in that draft and what has not been. Before we start: Mozilla notes that several of the proposed changes can be undone with add-ons, and it is important to keep that in mind.

If we compare this draft to the first, we will notice that several changes have been removed from it. The tabbar is no longer mentioned here and Mozilla notes in its second draft that the tab bar will remain a customizable area where users can move buttons to (with the exception of core nav-bar buttons). The proposals to remove small icons and block extensions from adding contents to the menu have been removed as well from this second draft version. 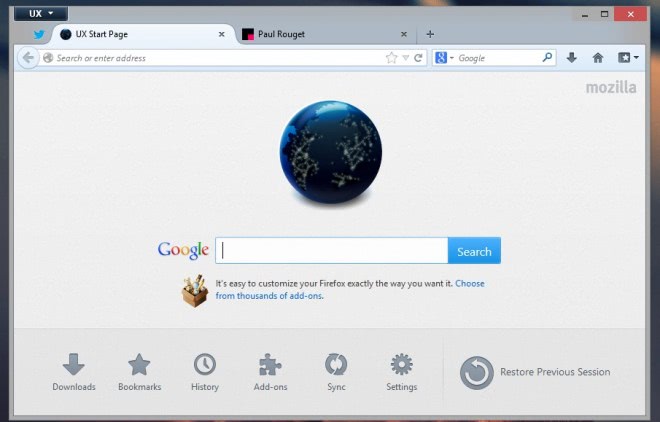 The proposed changes are still adding limitations to the browser that were not there before. Not being able to move the navigational buttons to another toolbar for instance may make sense to protect regular users from breaking the browser, but will certainly infuriate users who have heavily customized the browser (for instance by moving everything into a single bar.

Others may not like the fact that the add-on bar is removed from the browser, and that Mozilla plans to lump all add-on icons together on the main navigational toolbar as a consequence.

I do not really have an issue with that if add-ons get created and maintained that bring back the functionality. I do not mind running a status bar add-on in the browser to bring back the status bar. Firefox has been very powerful in regards to customizations that users and add-on developers can make or add to the browser and Mozilla should do everything in their power to keep that advantage over Chrome and other web browsers.

What is your take on the new proposal?