Exploit mitigation is slowly moving into the focus of security companies as attacks targeting zero day vulnerabilities are rising. One of the things to remember here is that most attacks exploits vulnerabilities that have already been fixed, or are fixed soon after they have been discovered. The main issue here is that many computer users fail to update their systems in time, which in turn means that they are leaving it wide open by running old software versions that can have vulnerabilities.

In the end, it is the user's responsibility to protect their system and if there is one thing that I have learned over the years, it is that you can't put your faith into hoping that companies do that for you. While auto-update options exist for some plugins, like the often attacked Flash Player, they are not doing a very good job at that considering that updates are not delivered instant when they are released.

Exploit mitigation programs like ExploitShield, currently in beta, or Microsoft's EMET, protect the system against common exploit forms. A similar system seems to have been integrated into Panda Cloud Antivirus 2.1 Free and Pro as the program is not featuring an anti-exploit module that can detect and neutralize malware targeting 0-day exploits. 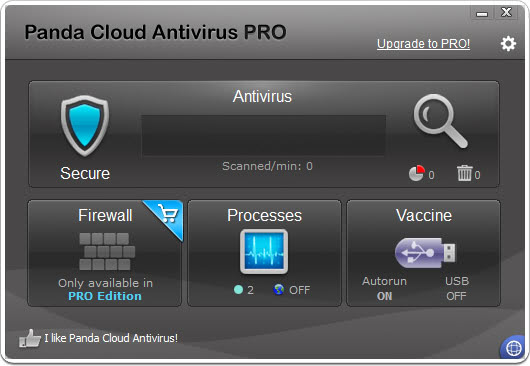 The Panda website and the program itself are not offering additional information about the protection against exploits, for instance which exploit techniques the program identifies and mitigates.

The new version on top of that offers real-time protection for Windows Store apps and performance improvements.

Note that the installer includes adware offers that you need to uncheck if you are not interested in installing a toolbar and changing your browser's search engine and homepage. Existing Panda Cloud Antivirus users will receive update notifications if they have not already. Those who do not want to wait can download the latest version from the official website directly.