Amazon's Santa app is a nightmare for parents

When I was a child I loved browsing the Lego or Star Wars catalog to find items that I put on my wish list for Santa Claus and Christmas.

It was an exciting period as I never knew if one or two of the wishes that I had would be fulfilled, or if I had been a "bad boy" in the previous year and would end up empty handed. That never happened, but as a child I'd imagine all sorts of bad things happening.

Update: Amazon's Santa application is no longer available and a comparable app is not offered. It is back to the traditional creating of wishlists, I assume. End

Today's children live in an electronic age and that's where Amazon's Santa app comes into play. The application puts your children into control as it enables them to pick items from Amazon's vast store that they want for Christmas.

While items are limited to categories that make sense, such as toys, games or movies, it puts thousands of items that children may be interested in at their finger tips. And we all know how much control children have when all it takes is a click or two to add something they want to a wishlist. 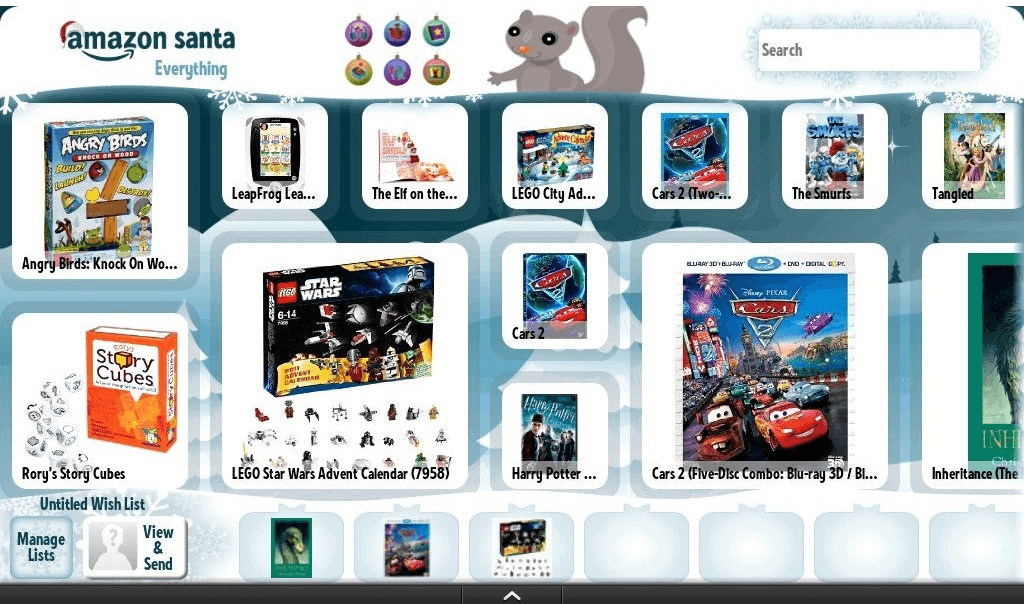 Since it is easy to add items to the wishlist, you may end up with a digital list of items that are either unsuitable for your children because of age, or too many or too expensive. The Amazon app does not ask for age when you install it which means that items for boys and girls of different ages are all available in the same application.

If you are sitting down with your kids to use the application together, which you should probably do for a chance to intervene right when they browse the store, you may have to say no a lot of the times depending on the items your children pick in the store.

The application makes available a broad catalog of items that children can put on the wishlist, and while that may sound like a good idea on first glance, it has disaster written all over it.

There is also the problem that selected items will play a role in Amazon's recommendation engine, so that you may end up with recommendations that you are not interested in.

Lastly, as one user has pointed out, it would have made sense to let parents pick categories or items that children can select from to limit the exposure somewhat.

As it stands now, it is safer and not as nerve-wrecking to use the traditional way of creating the wishlist.

Amazon's Santa application is available for all Android 2.3 or higher devices. It is necessary to install Amazon's Appstore application first before that can be done.