I'm a fan of Internet Radio and get my music fix from free stations that stream the music that I like to listen to right to my PC. While that is sufficient for me, some friends prefer a "music everywhere" experience, while others like to pick the songs that they want to listen to from a vast music archive.

Microsoft announced the launch of Xbox Music yesterday, calling it the solution for all things music. Xbox Music will launch tomorrow, on Tuesday 16, 2012 on the Xbox, and on October 26, 2012 on Windows 8. Before I look at restrictions and unknowns - believe me there are some - I'd like to take a look at the feature set that Xbox Music offers. 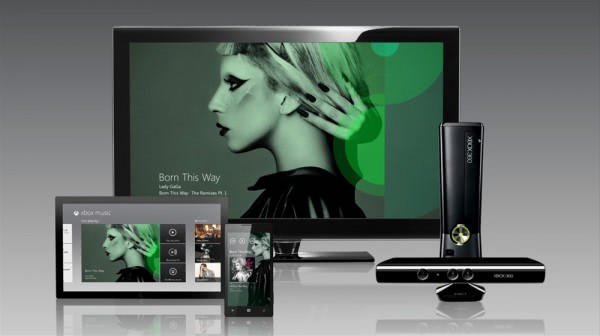 The service will see improvements in the coming year, including support for additional platforms and an iTunes Match like feature that scans and matches your local music collection with the 30 million catalog of Xbox Music to give you access to those songs in the cloud.

Microsoft has not revealed all there is to know yet about the service. It is for instance not clear if and how the free music streaming will be limited. Will it be unlimited or restricted to a certain number of songs? Will it be ad-driven, and if it is, how will that look like and interfere with the experience? It is likely that ads are used to make money from the free streaming offer, especially since one of the features of the paid Xbox Music Pass service is an ad-free experience, but we do not know how many ads there will be. It is also not clear if Xbox Music will be available worldwide, or restricted to certain regions.

What will hold Xbox Music back, at least for users who do not own only Microsoft devices is missing support for non-Microsoft platforms. If you have a PC and a Xbox 360, but an Android phone or an iPad, then you can only use Xbox Music on the PC and the Xbox 360 and not the mobile devices. Microsoft announced support for additional platforms for 2013, but did not mention the platforms it will add support for. While it is very likely that we will see support for Android and iOS, the two big names in the mobile world right now, it is not confirmed yet.

Microsoft calls it an all-in-one music service, and while that may be true if you only own Microsoft hardware and devices, it is not true if you do not.

I will test the service on my Windows 8 Pro PC once it gets released for the PC on October 26 to see for myself how the service works and compares to related services.