A set of screenshots is displayed on Google's Play store for apps and games offered there. These screenshots give you an impression of how the game or app looks like when it is installed. Sometimes, you get concept artwork instead but even that may be helpful in making a decision.

If you visit the Rayman Jungle Run game for instance on the store and click on the screenshots, you will notice that they are rather small in size and not as detailed as you may have hoped. 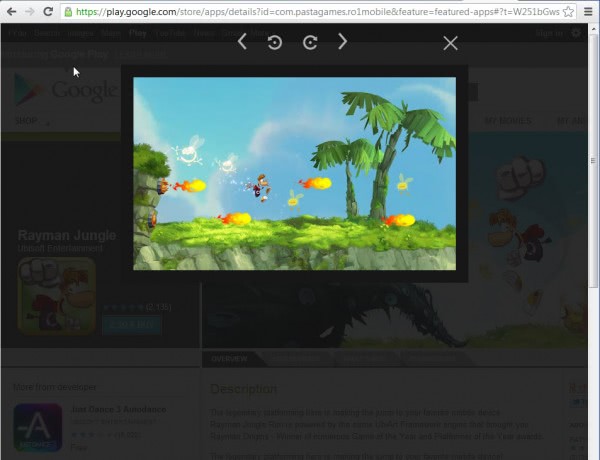 It is interesting to note that the screenshots are not displayed in their original resolution. The free userscript HiRes Play Store Screenshots changes that. It automatically displays a high resolution version of screenshots on the store if available. Below is the same Raymond game screenshot after installation of the userscript in the Chrome browser. 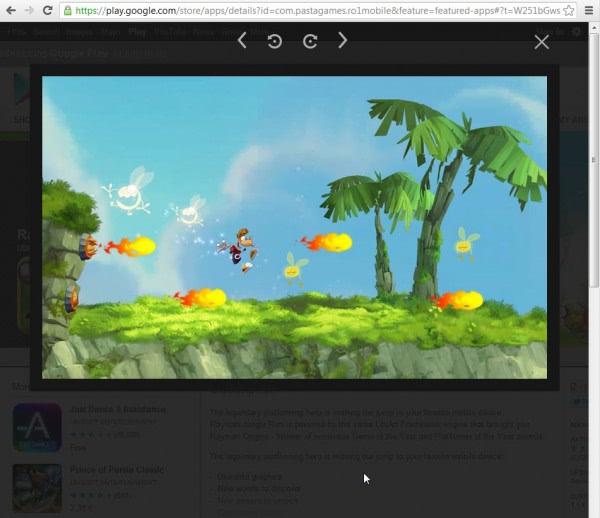 The userscript loads the high-resolution version of screenshots of Androids apps and games if available. You may notice that some screenshots, especially those that show the app or game running on an Android phone, do not change after installation. This simply means that this is the highest available resolution and nothing to worry about.

Firefox users can install the extension if they have installed the Greasemonkey or Scriptish extension in the browser. Chrome users can install it right away, but will likely run into issues while doing so. Google Chrome for some time now is blocking third party extension sources (see Chrome Fix: Extensions, apps, and user scripts cannot be installed from this web site) so that you can't install extensions and userscripts if they are not hosted on the official Chrome Web Store. Chrome downloads the userscript instead. To install it, open chrome://chrome/extensions/ and drag and drop the userscript onto the page to do so. (via Android Police)