I'm planning to increase the Android coverage here on the blog using my new Samsung Galaxy Note 2 smartphone that I have just received. One of the things that is really essential for that is the creation of good looking screenshots. Most Android devices for some time now support the creation of screenshots. On my phone, I just have to press the Lock and Home button at the same time to create a new screenshot of what is being displayed on the screen at that point in time. It takes between 1-2 seconds of pressing the buttons before the screenshot is being taken, likely to avoid accidental screenshots being taken.

If you are a Dropbox user you can download Dropbox for Android to link your smartphone with a Dropbox account. You need to sign in to Dropbox once to establish the connection. A wizard is displayed afterwards that walks you through the initial configuration.Â  If you have a limited bandwidth available or pay for your bandwidth, you may want to enable Wi-Fi only uploads to avoid additional costs. You can furthermore select to upload existing photos or videos. 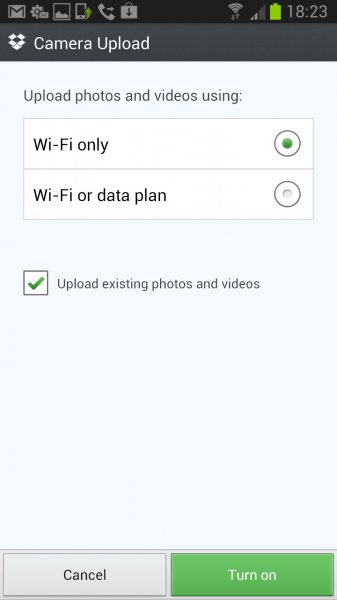 Once setup, all screenshots that you take using the phone are automatically uploaded to the Camera Uploads folder of your Dropbox account. It is alternatively possible to disable automatic uploads and upload photos manually instead only. To do that open the settings of the app and tap on turn off camera upload 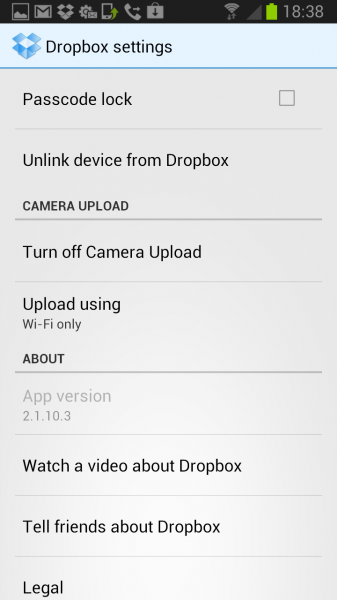 You can still upload photos to Google+ or Google Picasa from the gallery of the phone, but that is a manual process which may work if you only do that every now and then. If you need to upload photos regularly, you are probably better off using Dropbox for that.

Are there other apps or built-in features that you can recommend to upload Android screenshots to the Internet? Let me know in the comments.