Windows 8 the most secure operating system?

Microsoft will improve the security of the operating system in Windows 8 further, for instance by integrating a Smartscreen Filter into the system that protects users from malicious files they may run on the system. This feature has been overly protective in test builds though, as it is also blocking new or less popular files from being run on the system. Users can however bypass the protection for individual files provided they know how. 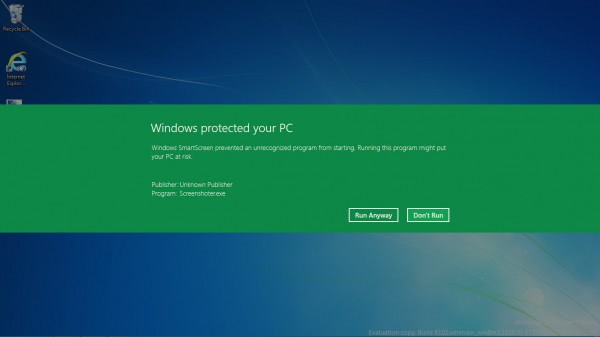 Windows 8 will also ship with trusted/secure boot which prevents unauthorized operating systems or drivers to run on the system. Hardware makers may, but do not have to, provide an option to turn secure boot off in the BIOS. There is also a new version of Windows Defender which comes with anti-virus capabilities similar to those of Microsoft Security Essentials.

A story on the IT Pro Portal suggests that Windows 8 may be the most secure operating system when it gets released. Proof for this claim? Recent security conferences where hackers managed to get into the majority of operating systems but Windows 8. While this may look like solid proof on first glance, there may be other explanations why Windows 8 was not hacked at these conferences.

The operating system has not yet been released, and interest may have been lower because of this. Why bother with a system that is not out yet officially? It is very likely that the final release will spark the interest of security experts, so that we will see additional attempts to hack the system or way or the other after the October release.

What's your take on the matter? Will Windows 8 be the most secure mainstream OS yet? One thing's for sure, it will be highly targeted just like all the other Microsoft operating systems.

Maigret: create user dossiers based on username searches on thousands of sites

Previous Post: « How to clean a Dorifel infection on your PC
Next Post: « Microsoft Security Bulletins For August 2012 Released