I'm using Windows 7's Aero Snap feature on a daily basis, mostly to display two program windows next to each other on the screen so that each occupies 50% of the available screen estate. When I'm blogging, I usually have two browser windows open on the screen, one that is displaying the admin interface of the blog, the other websites that I use for research. I can also easily replace the second window with an application window, if I'm reviewing a program.

Sometimes though I want to display more than two program windows on the screen at the same time. For instance the blog on the left side occupying 50% of the screen, and two windows on the right that both occupy 25% of the screen. That's not doable with Aero Snap. While I can move the one window to the left using the mouse or Windows-left, I can't attach the remaining two windows to the right so that they are displayed at the same time. 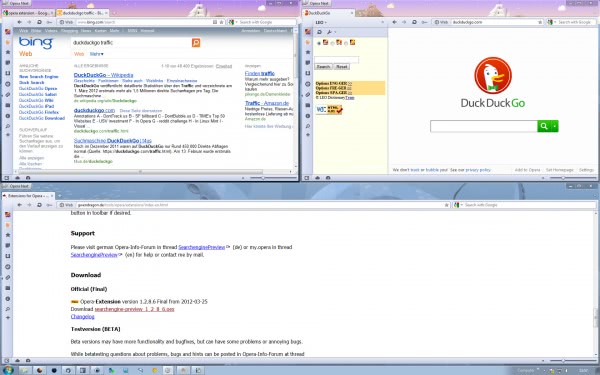 That's not all what WindowPad has to offer. If you work with multiple monitors, you can use shortcuts to move some or all windows to another monitor.

You can change the hotkeys in the program's ini file that is located in the same directory. Here you can also add windows to the list of exclusions.

WindowPad is an excellent portable program for the Windows operating system that enhances the functionality of Windows 7's Aero Snap feature significantly. (found at Dottech)