Pocket TV: Turn your TV into an Android Tablet

If you have followed the E3 gaming expo that is currently taking place you may have noticed that several companies are trying to make entertainment in the living room more interactive. Microsoft for instance wants its Xbox system to become your main entertainment hub that you control with voice, gestures, a standard control pad or your smartphone.

Other companies like Google or Apple try to get into the market as well with Apple TV or Google TV respectively which both aim to improve your user experience.

Pocket TV is a project that is currently being funded on Kickstarter. It started less than seven days ago and has nearly reached its goal of $100K funding with less than $15K to go. 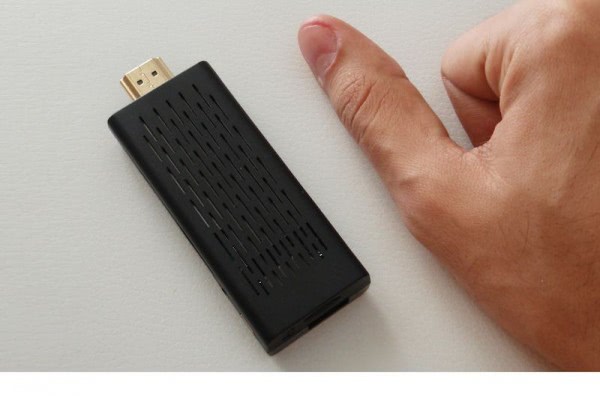 Pocket PC at its core is a small PC system that is running Android 4.0 Ice Cream Sandwich. The device gets connected to a TV's HDMI port and provides then everything that Android 4.0 offers. The system comes with two different remotes, a standard sized IR Remote that ships with regular packages, and an AIR remote that features a keyboard and contains a gyroscopic sensor.

Besides that, it will also be possible to control the PC with smartphones. The developers plan to release apps for Android and iOS to allow that.The device can be connected to any TV as long as it has a HDMI port, and supports display resolutions of up to 1080p.

Here is a detailed hardware overview:

The USB port is pretty cool as you can use it to connect external devices, a hard drive or wireless keyboard for instance to the Pocket TV.

Here is the promo video:

You are probably most interested in what you can do with the Pocket TV device, and whether it justifies its price tag of $99 for the IR remote version, or $119 for the Air remote version.

You basically can do anything that you can do with an Android phone running Android 4.0. This includes streaming video, listening to music, playing games, reading news on the big screen, interacting on social media sites, standard web browsing and search, or using the device for work related tasks.

You do need a wireless Internet router in range to make use of the majority of features, like downloading new apps from the Google Play store, or many of the devices streaming features.

It needs to be noted that devices like Pocket TV are not as uncommon as one would think. Chinese companies are for instance offering similar devices for about the same price. Once example is this store where a device plus remote retails for $119 Dollars albeit with an A8 processor.

Would you buy such a device for your living room, or do you prefer a different solution? Lets discuss this in the comments. (via Caschy)