This Could Be Firefox's New Design

Changes that are made to a web browser that you are using on a daily basis can have a devastating effect. We have seen this happen several times in the past when Mozilla made changes to the design of the Firefox web browser. Especially the move from Firefox 3 to 4 caused an uproar, with part of the userbase still rejecting to update to any version beyond Firefox 3.

Probably the two biggest changes in recent times where the removal of the status bar, and its replacement with the add-on bar, and the new Firefox single button menu that replaced the standard menu of the browser.

New mockups posted on the Mozilla Wiki website show how Firefox could once again receive a visual overhaul, which in turn could again alienate part of the browser's user base. It needs to be noted that mockups are not final designs, and that nothing is set into stone just yet. 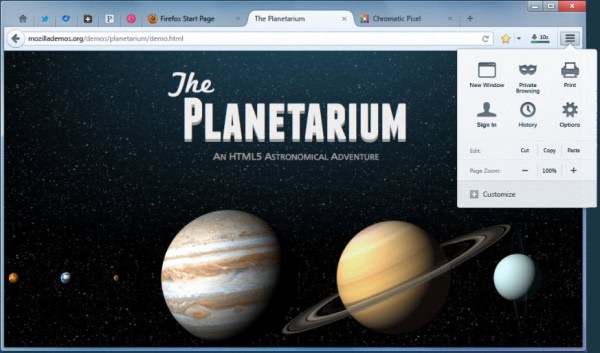 Probably the biggest change that you will notice right away is the missing Firefox button. The button has been moved down to the address bar of the Internet browser. The new panel menu displays popular functionality, like private browsing, saving pages, and offers a link to the options menu.

Unlike in Chrome, where everything is fixed in position, Mozilla plans to provide Firefox users with customization options. The new customization page opens in a tab in the browser, instead of a new window like it is currently. Here it is then possible to customize the new panel menu. It is for instance possible to drag and drop icons on or off the menu, or one of the toolbars directly. Keep in mind that this is a mockup, and that icons and options are missing from it as a consequence.

It is also interesting to note that themes are displayed in the customization tab. These background themes can be applied to the browser directly. The customization options become available under firefox:customize.

There are also options to change the layout to display tabs in a sidebar instead of the top, and to switch from an icon only menu to icons and text, or only text.

The missing title has not been mentioned yet. If things go as planned, Mozilla could do away with the title bar, and display page titles only in the browser's tabs. One issue here is that larger page titles cannot be displayed in full anymore.

Additional mockups have been posted that highlight changes that are not related to the Australis design.Â  An update for Firefox's new tab page is planned, that is, among other things, allowing users to add their own sites to the display. Firefox will even suggest websites, likely based on popularity. It also features additional links, to the recently closed websites, bookmarks, and apps, as well asÂ  a search option. 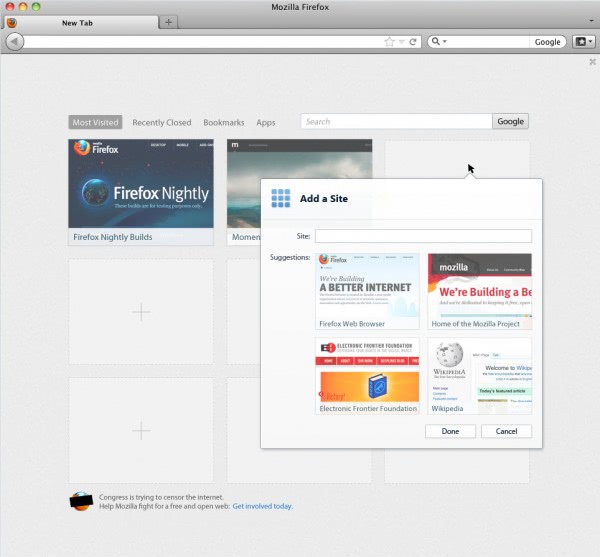 Last but not least, the new translate option of the browser. Firefox translate will be more versatile than Google's implementation, offering to translate all or a selection of the current page. Options to always and never translate a language or a language on a particular site are provided.

What's your take on this design change? Step in the right direction, or something that is making things complicated? (via SÃ¶ren)