Today's game of the week is called Defender's Quest. It is more of a long demo game than a full game though, so keep that in mind. Defender's Quest at its core is a tower defense game with role playing elements. You are still fighting waves of monsters with your towers in every map, but instead of playing with anonymous defenders, you are playing with characters that level up, have skill trees and equipment.

You start each map with all of your characters which you can place on the map. Your one and only goal is to keep them away from Azra, your lead character. Azra, while not fighting actively, has a repertoire of spells at her disposal to aid in battle.

You start the game with a single melee class which only gets you that far. New characters are recruited in town, and sometimes awarded during the story telling in between battles.

Each character has a skill set available to that class. The berserker for instance gets a double-cut early on in the game which hits two enemies passing by when executed.

Your sorceress gains PSI power during battles which can be used for spells, summoning more characters to the battlefield or powering up characters. When you power them up, they grow considerably stronger. 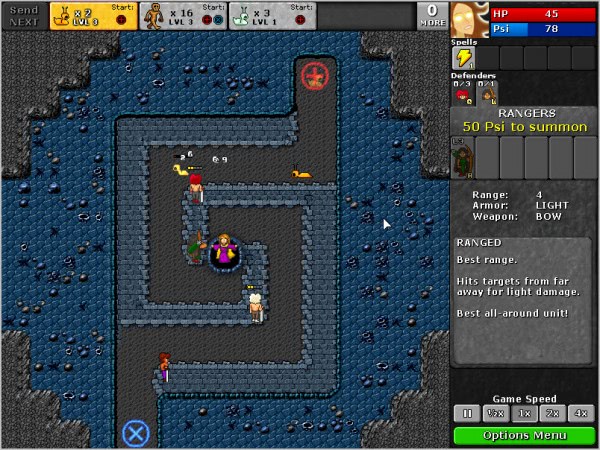 Characters have attack, armor and health values that you need to keep an eye on. Especially health - and armor items - become important later on when enemies start attacking your characters either in melee or range.

Your characters gain experience with every battle they fight, and the occasional level up awards one skill point that you can spend to improve an existing skill or learn a new one. Skills are divided into active skills, like the berserker's double hit, and passive skills like swiftness which increase abilities passively.

You can equip each character with a weapon and armor, to increase their damage and resistance. These items become more important later on in the game.

Some maps allow you to select a challenge level with considerably stronger enemies and greater rewards. Rewards usually get you more experience and items that you can equip your characters with. 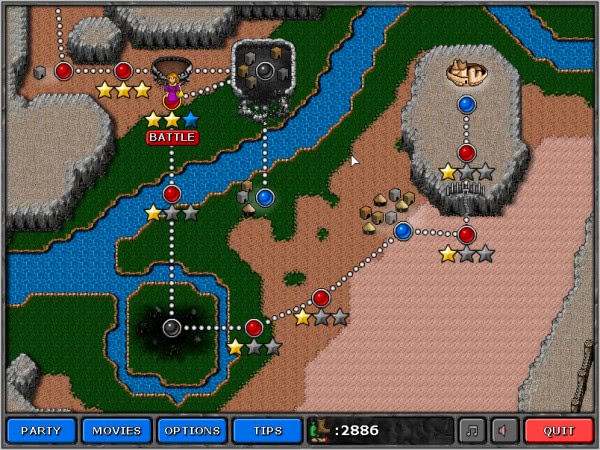 Defender's Quest all in all is a solid game that does a lot of things right. If there are things to criticize, it is the low variance of enemies that you encounter on the map. The developers have released a full version of the game which boasts more maps, character classes and five additional acts to play through. The full version retails for $6.99 currently, and you get $2 off when you visit the purchase page from the Kongregate website.