Log Into Google With Your Smartphone And A QR Code - gHacks Tech News
ghacks.net

Log Into Google With Your Smartphone And A QR Code

Smartphone users can access most Google services on their smartphone. Those using Android are often logged in to a Google account all the time. Most do not know however that they can use their smartphone to log into their Google account on another computer. This is done with the help of a unique QR code. Let me give you a quick rundown on how this works.

You first need to be logged in to a Google account on your smartphone. You could obviously access most Google services directly on the phone, but sometimes you may want more screen estate, especially if a computer is available. That's not a issue if you are working on your own computer, but what if you are on a public terminal or a friend's house? You probably do not want to enter your log in information on the computer as a number of things can happen.

This includes a keylogger running on the PC, someone looking over your shoulders while entering your sign in details, forgetting to log out after you finish your session or configuring the sign in information to be saved on the computer.

If you have your smartphone at hand, you can perform the following steps instead. Visit http://goto.google.com/login. All you should see is a QR code on the page. 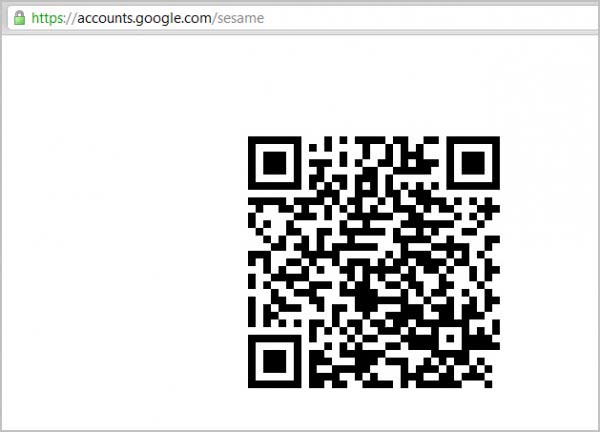 Scan the code with the camera of your smartphone. You should see the following screen on your phone. 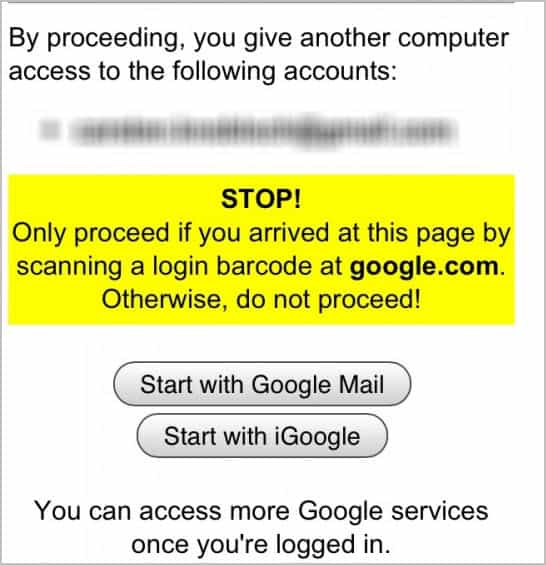 Tap on Start with Google Mail or Start with iGoogle to load those pages in the web browser you have just scanned the QR code in. You can alternatively stop here to end the process without logging in, no harm done then.

Google Mail or iGoogle will be opened with the connected account, and without you having to enter your account username or password into the web browser or on the computer.

It is also important to log out of the service on the computer after you have finished using it. If you do not, the next user may be able to access your data.

Google Sesame can be quite useful in situations where you want to log in to your Google account on a computer that is not your own. Instead of having to enter your user data, you can simply use your smartphone to log in.

What's your take on Google Sesame? Let me know in the comments? (via Caschy)

Update: Seems as if Google has pulled the plug on the new feature again. When you now visit the site where the QR code was initially displayed, you get the following message:

Hi there - thanks for your interest in our phone-based login experiment.

While we have concluded this particular experiment, we constantly experiment with new and more secure authentication mechanisms.

Stay tuned for something even better!

It is not clear why it has been removed by Google or whether it will be back at a later point in time.