The open source desktop publishing software Scribus has just received its first big update after nearly four years of development. Scribus 1.4 brings along more than 2000 bug fixes and feature requests that the developers managed to squeeze into the new version. One of the biggest improvements over previous versions of the application is that Scribus 1.4 is based on the application framework QT4, which not only makes the software run more reliable on all platforms but also on Apple Mac OS X 10.5 or later operating systems.

The list of feature changes does not stop here though. The developers have added support for additional vector import filters (including Adobe Illustrator EPS and PDF, Macintosh Picture and Windows Metafile), PDF 1.5 export support, new vector object features like a line style editor, advanced text and typography options like character styles, or enhancements to Scribus' pre-press features that include printing marks and ink coverage display. 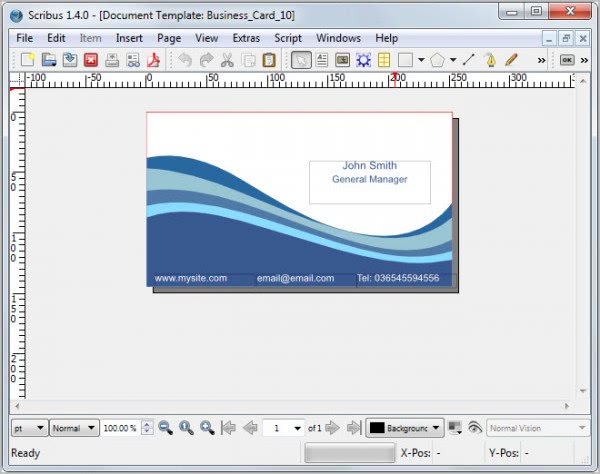 A list of all major enhancements and improvements is available here at the Scribus Wiki.

The team is now concentrating on stabilizing the 1.5 version of the program, and promising that it will come with support for PDF/X-1a, PDF/X-4 and PDF/E, native PDF import and Mesh Gradients.

New Scribus users should take a look at the Quick Start Guide that walks them through setting up their first document and several core features of the desktop publishing software.

Additional information are available in the - extensive - documentation that offers information about the program's core functionality and advanced concepts like color management, pre-press features or integration of additional fonts in the program. A How To section in the Wiki offers additional tutorials, with some being available for multiple languages.

Interested users can download the latest stable version of Scribus from the project page over at Sourceforge. The program is available for Windows, Mac and Nix based operating systems. (Thanks Paulus for the tip)

Previous Post: « Display Your Internet Connection Speed In Your Taskbar
Next Post: « Keyndicate Tells You When Key States Change