Google Rolls Out Https Search For Logged In Users

Google back in May 2010 enabled https on their core search domain. Users back then were able to access https://www.google.com/ manually for improved security and privacy on the Google Search engine. Google quickly ran into a problem that the company did not anticipate at the time. Companies, organizations and schools began to block the search giant's homepage as employees and students were able to use the encrypted search version to bypass web filters.

Google as a reaction moved encrypted search to its own subdomain under https://encrypted.google.com/ which seemed to have resolved the issue at that time.

The core benefit of https over http is that the traffic is encrypted. Encryption means that attackers, employees or the user's Internet Service Provider (ISP) cannot spy on the traffic that is exchanged between the user's PC and the Google server. They do not see what a user does on Google.

The very same people do see the properties that users access after leaving the encrypted Google domain, for instance by clicking on a search result. And Google, obviously, sees it all just like before. 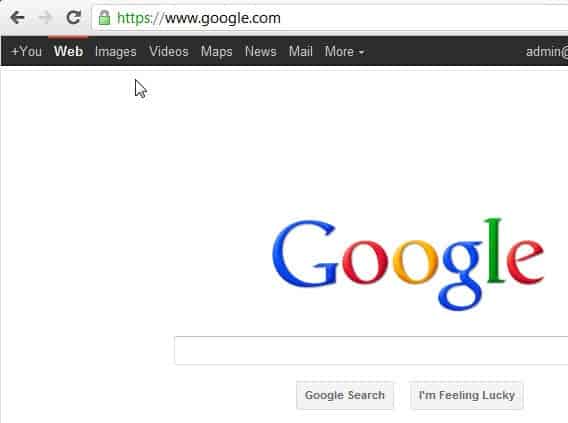 Google will roll out the feature for all of the company's users in the coming weeks. The move to https could become a serious issue for web statistics applications as webmasters will no longer see the search query that their users came from in web statistic apps.

These information are often used to optimize the site for a particular keyword or group of users.

Google notes that webmasters will still be able to see the top 1000 search queries in Google Webmaster Tools. And with the integration of some Webmaster Tools data in Google Analytics, one could wonder if Google is intentionally favoring their own web traffic analysis solution with the move.

Other search engines, Ixquick comes to mind, have been offering encrypted search for some time as well.

What's your take on encrypted search? (Google Blog, via)

Martin Brinkmann is a journalist from Germany who founded Ghacks Technology News Back in 2005. He is passionate about all things tech and knows the Internet and computers like the back of his hand. You can follow Martin on Facebook or Twitter
View all posts by Martin Brinkmann →
Previous Post: « MapsGL Adds Turbo Speed To Google Maps
Next Post: Where Are Google Search Cached And Similar Links? »