It is the time of the year again where security software developers are pushing out updates for their products that increase the version or year by one.

Windows users who are interested in participating in the beta to get their hands on the security software early, need to head over to the new Avira Beta Center and register for an account on the site to join beta tests that Avira offers.

Avira promises increased usability, reliability and stability in the new versions of its programs. This begins with the installation process which has now been streamlined so that for example Free Antivirus can be installed with just two clicks in express mode.

The programs will furthermore scan for potentially incompatible software programs like other security software automatically, giving users the choice to remove those products or keep them installed regardless of the message. 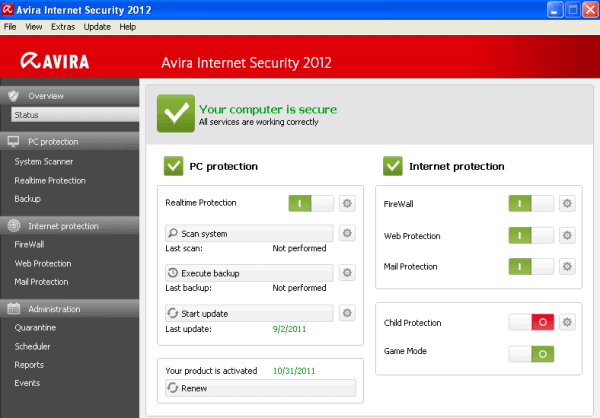 All program modules have been hardened to take into account new targeted malware attacks against security software. Avira notes that this includes the "ability to function without many registry keys, better protection against process termination and component deletion".

A Fix Problem button has been added to the software to five users a one-click solution to issues that they encounter. That's handy for inexperienced users in most cases as the software makes decisions for them.

Components have been updated in the 2012 releases. The firewall for instance is now able to filter IPv6 addresses on the adapter level, and mail and web protection are now able to work in IPv6 environments as well.

The Windows Hosts file will be protected in all Avira 2012 product versions against manipulation and tampering, a feature that was previously only available in Avira Internet Security.

Do the new features justify upgrading or installing the beta versions of the 2012 products? I personally would suggest to wait with the upgrade or installation in work environments, considering that beta products may still cause issues on a system.