I'vee been waiting patiently for this moment for years and it comes as no surprise to me that it's Apple leading innovation in the software sales market.  The company launched their new OS X Lion operating system update as a download through the new Mac App Store.  What they also announced however was that this $29.99 OS update will also be available to order, for a modest premium, on a USB Pen Drive from late August.

This is fantastic news for everybody and everything (except perhaps the compact disc of course).  The Apple thumb drive will cost $69 but at least means that customers will be able to buy a physical copy of the operating system.

So, as I know you're thinking this, why if it's more than twice the price of the OS is this such wonderful news?  We'll we'll ignore the price as this will come down in time and eventually we'll find the things made or cardboard and bundled with cereal packets.  This is exactly why its so cool.  Eventually we'll see them made of cardboard and bundled in cereal packets! 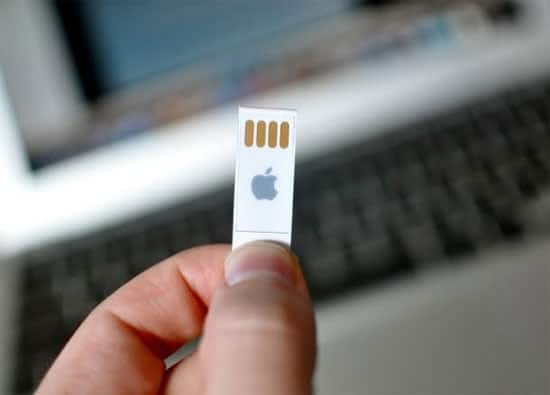 The USB pen drive has finally come of age with this news and I'm absolutely delighted that Apple have announced it.  It doesn't matter that they won't sell many and that it will be mostly tech enthusiasts and collectors that buy them.  What is important is that as Apple are doing this it will all of a sudden become trendy and everybody will want to do it.  This can only drive down the price of USB pen drives and greatly drive down the overall cost of storage on them.

It also means we'll see ever more interesting form factors for the devices and pretty soon you'll be buying software, movies and albums like this everywhere.  What's more it's a shot in the arm for all those retail industries to rely on having a physical item to sell.  With everything moving into the cloud it's been looking like those without Internet access might get shut out completely.  Now Apple is helping to make certain they won't.

So, congratulations again to Apple, I think it's a marvelous idea and long live the pen drive.  Now, where's that box of cornflakes..?

Previous Post: « How to use a Simple Jailbreak to Customize Kindle Screensavers
Next Post: Windows 7 Enterprise Security is better than OS X »