Managing a workspace as an independent contractor or micro company works much differently than in the past. There was a time when the independent contractor would either go out and find their own office space and pay for an entire office or stay home and work from bed. Those were pretty much the only two options, and nearly everyone chose one of them.

Today things are much different. Shared workspaces are becoming more and more popular all the time, and the idea that one individual or a micro company needs to hold into an entire office is becoming outdated. If an independent contractor needs some space they have many options for office space out of the house that does not require that they spend all their money on wasted space.

Until recently there was no consolidated way to locate the places that very small businesses could operate. In response to growing interest in the idea, however, a company called LooseCubes offers a consolidating hub at which those looking for and offering public workspace can meet. They also provide some pretty neat tools for micro companies to keep their employees informed with on the fly company events and decisions.

LooseCubes itself is being re-launched today after a lengthy facelift campaign to remedy its questionable results after it first appeared on the web. While the first attempt was half-hearted, the re-launch, which you can take a peek at here, offers those looking for work space some pretty nice features. Users can find work areas down to the very address of individual offices in over 40 countries on the website, telling prospective cohabitants things about the office space that might help them understand how well they might fit in. Each office has a “vibe” descriptor – creative, artsy, professional, etc. – and lists the sorts of facilities you will have access to, like printers and water coolers. 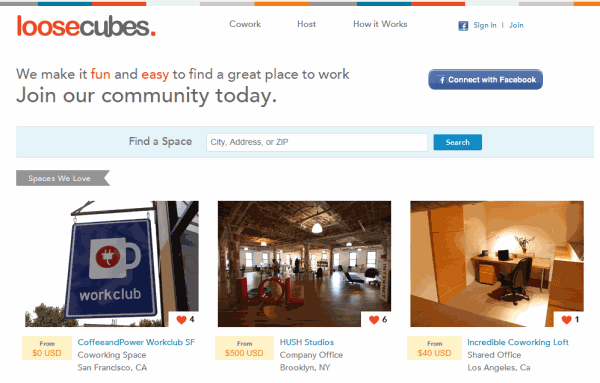 For those who boast a handful of employees, LooseCubes also offers some pretty neat applications that can keep you connected you for coworkers when planning special company functions or assigning workers a time to meet at your shared workspace. It is called Instant Jelly, and it allows you to create Tweeted events that your fellow workers can be notified of and respond to. The tool can be extremely handy if you operate with a few workers under you and have a workspace through LooseCubes and occasionally need your employees to meet you at your shared office. 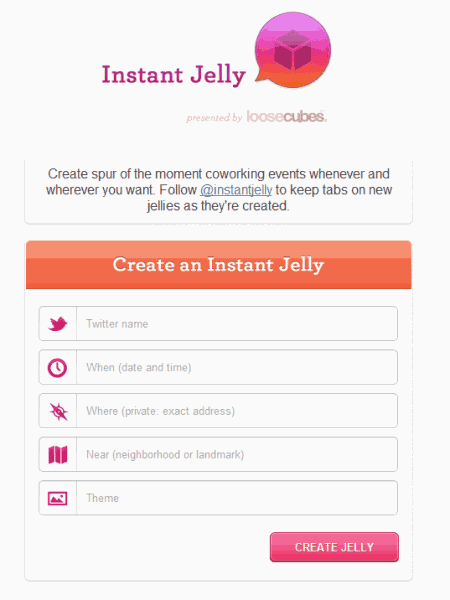 The workplace has been moving away from tradition and toward some pretty interesting possibilities for many years already. Yet that motion had failed to be harnessed by a successful online force. With the functionality provided by LooseCubes and its micro company products it is easy to believe that the movement will continue to grow momentum. As more and more individuals turn to independent employment amidst a global economic slump, it would make sense that the flexibility of common office space should attract more individuals. While time will tell how successful the movement will be, the tools it provides to those who are tech literate are certainly useful and help independent contractors and micro companies reach their potential.