Back in the good old days of third person shooters, there were two contenders for the throne. In one corner Quake Arena by ID Software, in the other UT 99 by Epic Megagames. Both games shared lots of similarities, like being extremely fast paced multiplayer games with great community support and an extensive array of maps, weapons and other stuff.

You can re-live these days, at least if you happened to play Quake Arena, by heading over to Quake Live to play a remake of the game that stays in many regards true to its original. Probably the biggest difference is that Quake Live is played in a web browser. It is however unlike any of the standard browser games that you may have encountered.

Before you can play, you need to register a free account. The game is free to play by everyone, but offers additional features to paying premium users. They can for instance create Quake Live servers that they can control, or do not see advertisement when the maps load. For the beginning though, free is good and everything that you need to get started.

During installation, a plugin needs to be installed in the browser. Without the plugin, the game won't load and you cannot play.

Once you have setup your account you have options to learn some techniques in a training center, practice offline against bots or jump right in and play against human opponents online.

Quake Live determines your skill during the first matches, and suggests matches based on those skills. You can override this easily by opening the match browser and clicking on the Customize link to customize the game selector. 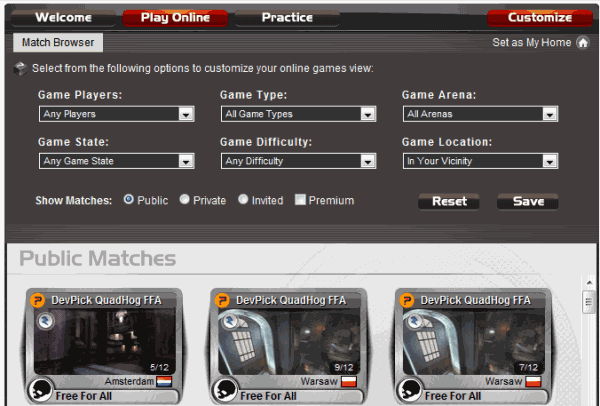 Before you head out you may want to customize your character. You can select one of the available skins or change controls and game settings. Here you can enable full screen play which is highly suggested for the best gaming experience. You are otherwise stuck with a maximum resolution of 1024x768. 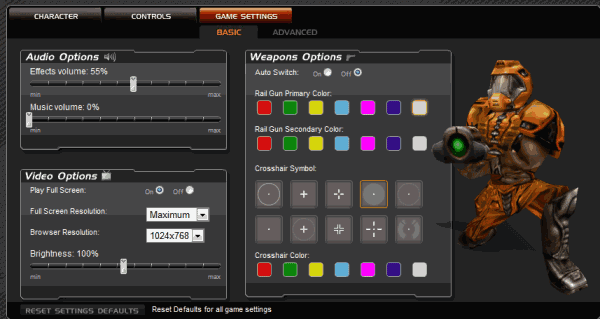 Quake Live keeps tracks of all kinds of statistics, like a player's accuracy, frag to death ratio or wins. The developers have added an award system similar to achievements that have become popular in past years. The awards do not affect the game though.

Quake Live has a friend system which you can use to add all your friends to. This way it is a lot easier to play with your friends in the same games.

The game itself is extremely fast paced, even more so if you are used to modern first person shooters like Modern Warfare, Call of Duty or Battlefield. Think of those games with a 200% speed increase and you may come close to the speed of this game. 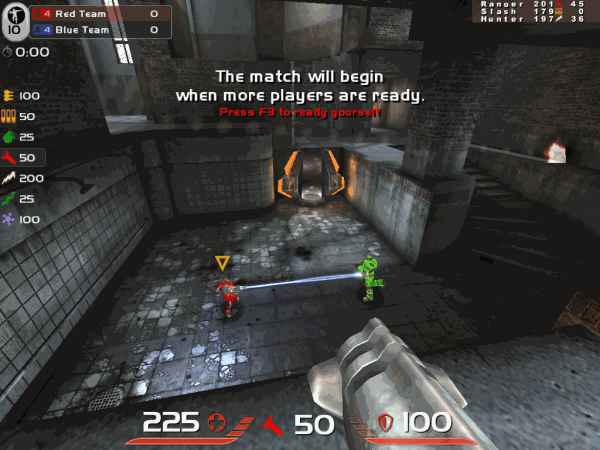 If you played Quake Arena back in the days, you will feel at home right from the start. Maps and weapons will feel familiar and give you a head start in matches against players who have to accommodate first. If you have not played Quake 3 Arena before, you are probably best of playing a few practice matches against bots, before you jump into multiplayer games with human opponents.

The game runs well in the browser. While I have a high-end PC and Internet connection, it is likely that it will run as well on standard systems. Players will find loads and loads of games at any time of the day, enough to keep them busy for months, if not years.

Here is short video demonstration of a free for all match.

Why do not you head over to Quake Live to try it out for yourself?

Now if they only would make an UT Live, that would be awesome.