The second Tuesday of a month is Microsoft's patch day where the software company releases security patches and fixes for its products. The first patch day of the year 2011 brings two security bulletins that patch vulnerabilities in the Windows operating system. MS11-002 patches vulnerabilities in Microsoft Data Access Components that could allow remote code execution. The maximum severity rating of the vulnerability is critical, the highest possible rating. 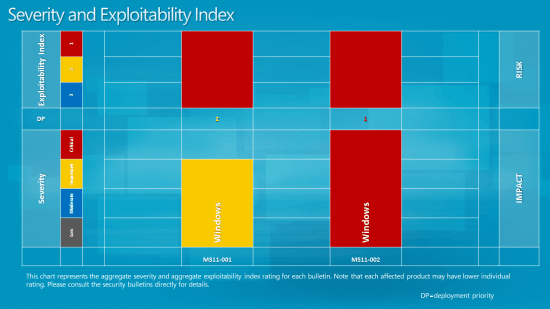 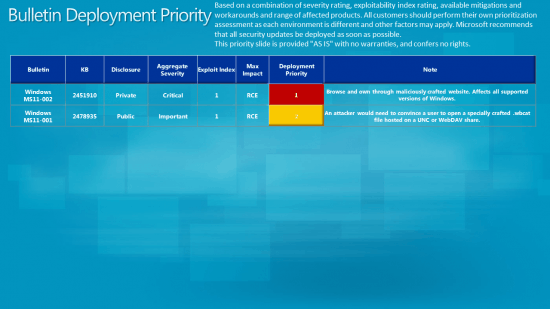 The images have been taken from the Technet announcement which offers further information about the vulnerabilities and patch deployment.

Windows users are advised to apply the patches as soon as possible to protect their system from possible exploits. The patches can be applied directly via Windows Update or directly from Microsoft Download.

Previous Post: « Make Sure Your SSD Is Connected Correctly
Next Post: « Switch To High Contrast Themes In Windows