Windows 7 And Google Chrome Market Share On The Rise

It will take approximately another four months before Windows 7 will become the second most used operating system in the world if the current trend continues. 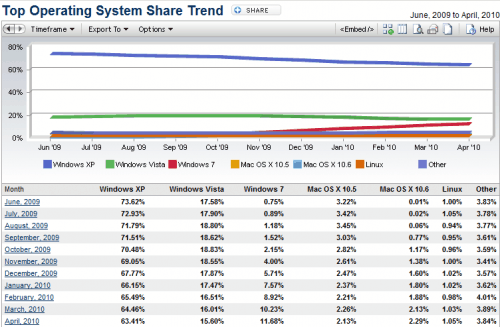 The biggest winner is the Google Chrome web browser with an increase of 0.60% in April to a total of 6.73%. This increase was mostly at the expense of Internet Explorer as the other browsers remained fairly stable. Firefox 3.6 saw a huge jump in market share since January 2010 where it started with 1.15%. The browser has now a market share of 15.33% which come mainly at the expense of Firefox 3.5 which lost more than 11% since January. 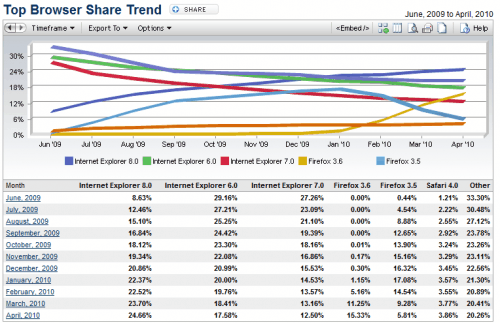 It is somewhat surprising that Opera did not get any momentum from the browser choice screen in Europe and the release of Opera 10.50. Any thoughts on that? You can click on the images to go directly to the Netmarketshare website.